While 13-year-old Dhriti Narayan, who was knocked down by a motorist in an incident of hate crime in California, has been battling with death, a tragic turn of events took the life of 32-year-old Avinash Kuna in New Jersey last Saturday.

A promising and ambitious youngster from Andhra Pradesh, Avinash met with a tragic accident while celebrating his birthday with his friends at Lake Hopatcong in New Jersey. No one thought his birthday bash would culminate in a life-taking predicament when he, along with three of his friends embarked on a rented pontoon boat to tour the lake. He had passion for boating and owned a license too. 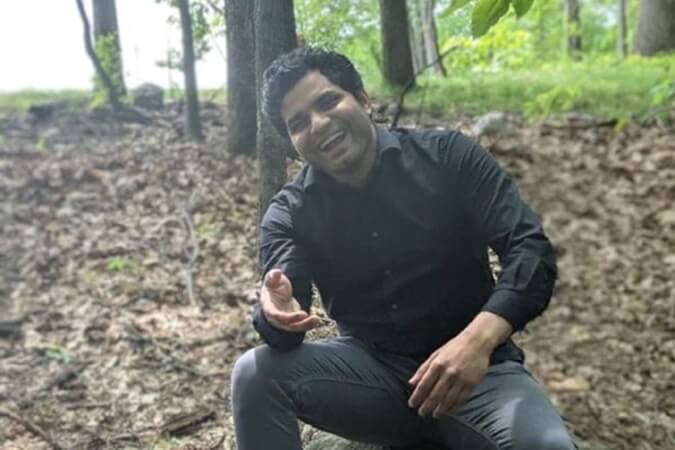 During the boat ride across the lake, Avinash jumped into the water for a swim. By the time his friends on the boat apprehended a danger to his life, he was drowning. They tried to help him with a life vest when he cried out, “Something pulling me down.” But, he could not reach the life vest and succumbed to the mysterious force pulling him down in the water.

A woman among the few bystanders who witnessed the tragic incident with their naked eyes said, “He seemed to lose his balance while swimming and panicked.” One of the friends put on a life vest and jumped off the boat to save Avinash, but his vest came off too. He was pulled onto the boat immediately.

Terrified at the tragedy, they felt puzzled and rued, “Everything happened so quickly.” They called Bridge Marina and dialed 911 for help.

Avinash Kuna’s dead body was retrieved early this morning following a thorough search across the lake, which divers from Bridge Marina said, is not safe for swimming because of weeds and mud at the pit of the lake. “Lake Hopatcong in New Jersey is 5 to 8 feet deep, but the weeds are three feet high,” said Hopatcong Mayor Michael Francis who himself monitored the situation.

The recovery of the body made it clear that his legs were caught up in the weeds and mud at the bottom of the lake when he was struggling hard to save himself.

A native of Visakhapatnam in Andhra Pradesh and a resident of Parsippany in New Jersey, Avinash Kuna was a software engineer. He recently joined UPS Technology in New Jersey as a senior systems programmer. He had also started a software development company of his own. With an MSc degree in computer science from India, he had moved to the United States five years ago and pursued MS at New Mexico State University.

The news of Avinash Kuna’s sudden, unpleasant death sent his family in India into a tizzy. His bereaved mother has been hospitalized. Unfortunately, it was the third such incident that an Indian youth died of drowning in the United States. Avinash’s friends have set up a GoFundMe page to support his family in his absence.