Home / News / Air India Starts Flying over Hindu Kush to and from USA. It Saves on Travel Time, Fuel Burn and Flying Costs

Since the Afghan airspace closed itself in August 2021 for foreign commercial aircraft, the travel time for nonstop flights between India and North America, mainly from Delhi to New York, Newark and Chicago, had been over 16.5 hours. The longer route that the flights had taken to reach their destinations in the USA and Canada until December 16 increased not only the flying time, but also the burning of jet fuel. Even Prime Minister Narendra Modi traveling on Air India One – the official aircraft for Indian VVIPs’ foreign trips – to Washington DC in September was not immune to the impact of the Afghan airspace closure. 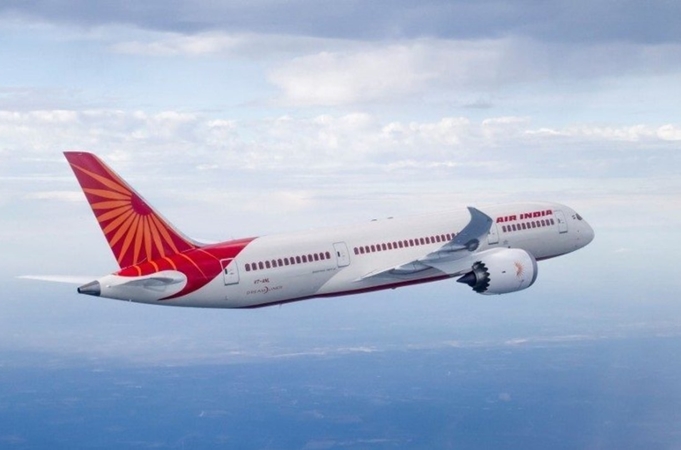 Since December 16, 2021, flying straight over the Hindu Kush range of the Himalayas has cut the travel time short by one hour for Air India flights to USA and Canada from New Delhi. The Hindu Kush range is home to lofty mountain peaks including Tirich Mir (7780 meters). Due to the new routing over the snow-capped Himalayan peaks, Air India’s Delhi to New York nonstop service now takes less than 16 hours and saves jet fuel of 7 tons per one-way flight. The saving of 7-ton jet fuel reduces the airline’s flying overheads by approximately Rs 6 lakh per one-way flight on this route, according to media reports.

The feat of flying over “a very critical and challenging sector” such as the Hindu Kush range is not unknown to Tata Air India. Air India’s longest and first-ever SFO to Bangalore flight was operated over the North Pole in January 2021 when the pandemic was raging on, and it scripted a new chapter in the history of international aviation. The all-women pilot team commanded by Captain Zoya Agarwal accomplished the most daunting task of maneuvering a B787 Dreamliner at high altitudes in the precarious north polar region. It demands an equal command on the dynamics of flying over the mighty Hindu Kush range given the fact that Air India’s B777 can fly at a maximum altitude of 29,000 feet.

When Air India was taking the longer route to bypass the Afghan airspace, many travelers complained of not having received their checked-in bags on arrival in Chicago, New York and Washington DC. Since the longer route required the airline to carry extra 5-8 tons of jet fuel for additional 30 minutes of flying time per one-way trip, some passengers’ check-in bags were offloaded and left behind in order to balance the total aircraft weight – which is called “Payload Restriction” in the aviation terminology. Payload refers to the carrying capacity of a commercial aircraft.

“The US-bound students, among Air India’s passengers from India, bore the brunt of Payload Restriction in view of the Afghan airspace closure, as they were allowed to check in three bags for free. The new routing over the Hindu Kush range will not let the payload issue affect the passengers of Air India’s nonstop flights to Chicago and the Northeast from Delhi,” said the chief travel advisor of Indian Eagle, a leading air-ticketing partner of the Indian-origin community traveling between the US and India.

2 thoughts on “Air India Starts Flying over Hindu Kush to and from USA. It Saves on Travel Time, Fuel Burn and Flying Costs”