Raj Patel, an eminent Indian American activist and writer, has made it to the list of James Beard Foundation Leadership Award winners. The six recipients, including him, who have played the agents of change in bringing reforms in the world’s food system, will be awarded at a dinner gala in New York City on October 2017.

The James Beard Foundation selected award-winning author and journalist Raj Patel for having advocated the need of equality in the global food system to fight hunger and improve nutrition for the underprivileged. He has traced major causes of the global food crisis and reported his findings with evidence to the US House Financial Services Committee. He had been an advisor to Olivier De Schutter, the United Nations Special Rapporteur on the Right to Food.

Often referred to as ‘the rock star of social justice writing,’ Raj Patel is an acclaimed documentarian. He is credited for penning many journalistic documents with an investigative approach about the iniquities in the global food system and consequential injustices to the needy. He has authored two books: “Stuffed and Starved: The Hidden Battle for the World Food System,” and “The Value of Nothing.” Both are New Times Times bestsellers. 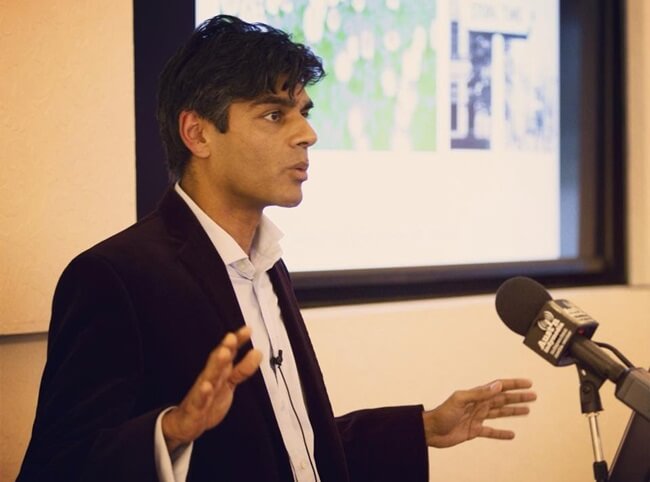 One of the leaders of the 1999 Seattle Protests, Raj Patel has staged demonstrations and organized public campaigns in support of food sovereignty. He is a fellow at the Institute for Food and Development Policy, which is also called Food First. He has penned several critical pieces on the policies and research methods of the World Bank, the World Trade Organization and the United Nations where he had worked during the academic training period.

Raj Patel has some other feathers of versatility in his cap too. In 2012, he featured as an intellectual commentator in the documentary film Payback by the National Film Board of Canada. Based on Margaret Atwood’s “Payback: Debt and the Shadow Side of Wealth,” the documentary explores the concepts of debt in nations across the world. He also appeared in A Place at the Table, a 2012 documentary film on hunger in the United States and food insecurity for 50 million Americans.

He has several degrees under his belt. He did BA in Philosophy, Politics and Economy at Oxford University, masters at the London School of Economics, and PhD in Developmental Sociology at Cornwell University. Currently, Raj Patel is a Research Professor in the Lyndon B Johnson School of Public Affairs, the University of Texas in Austin, and a Senior Research Associate at Rhodes University, South Africa.

Among of the James Beard Foundation Leadership Award winners, Raj Patel has his hands full. He is currently working on a documentary project on the global food economy and writing a book on the world ecology for the University of California Press.

Travel Beats is a digital news portal for Indian Diaspora by IndianEagle, a leading travel organization for Indians in USA. Subscribe to Travel Beats’ free newsletter for latest news, exclusive stories and upcoming events in America.