The University of California announced 30 Global Food Initiative winners Under 30, who have been recognized for their inventions, innovations and contributions in different food-related fields. The 30 Under 30 winners include two Indian Americans: Nandeet Mehta and Komal Ahmad.

The UC Global Food Initiative Award is given to those inside and outside the University of California, who come forward to solve the global food crisis with their thought-provoking approaches towards food production, food security, food sourcing, food education, food policy, food access and public impact.

“We are glad to felicitate 30 young innovators who have put in their best efforts towards addressing some of the most pressing issues of current times,” says Janet Napolitano, the University of California’s President, who founded the Global Food Initiative Award in 2014. He adds that food is directly and indirectly related to environmental health, healthy living, sustainability and climate security. 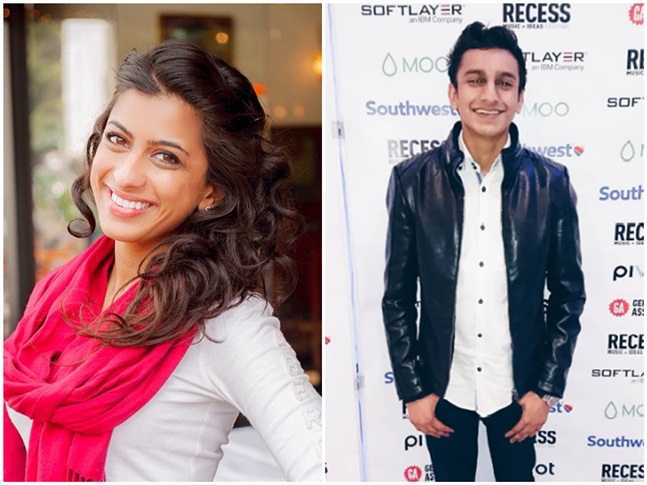 Komal Ahmad (on left) and Nandeed Mehta (on right)

Among the winners under 30, Komal Ahmad is the founder and CEO of COPIA, an on-demand food recovery platform. A graduate from the University of California, Berkeley, Komal Ahmad helps businesses with surplus food to reach out to communities in need of food through his website and mobile application in San Francisco Bay Area.

One of the young social entrepreneurs in San Francisco Bay Area, 25-year-old Komal has successfully championed the food recovery and redistribution of 800,000 pounds of food to feed more than 660,000 people. Her startup COPIA is a food waste management platform for businesses to save on disposal costs, get tax savings and channelize surplus food to those in need on time.

For her innovative solution to fight food waste and hunger, Komal Ahmed has bagged several prestigious awards including Toyoto’s Mother of Invention 2016, Humanitarian of the Year 2015, and Entrepreneur of the Year in Silicon Valley. – IndianEagle

22-year-old Nandeet Mehta is another Indian American among the 30 UC Global Food Initiative Winners Under 30. Nandeet, one of the Edison scholars whose college education is funded by Editor International, is an ambitious entrepreneur and venture capitalist. He is the founder and CEO of Pyur Solutions that develops biodegradable, nontoxic pesticides and insecticides with natural ingredients to facilitate organic farming.

One of the promising young Indian American entrepreneurs, Nandeet Mehta has co-founded SNAC, a student nutrition advocacy initiative, to promote nutritious feeding for sustainability. He contributes articles to Huffington Post and TechCrunch while majoring in history at the University of California, Los Angeles (UCLA).

Janet Napolitano’s 30 Under 30 Award brought the UC Global Food Initiative winners including Komal Ahmed and Nandeet Mehta to a global notice. The selection of honorees is facilitated through a comprehensive review and nomination process by a committee of industry leaders and influential figures in different food-related fields.