The Union Ministry of India Tourism held the most awaited event, National Tourism Awards 2012-2013, in New Delhi today. The event is organized to felicitate the Indian states, cities, airports, hotel groups and tour operators with awards on the basis of their contributions to the growth of Indian travel & tourism in different categories. Indian Eagle shares with you who won the best award and in which category. 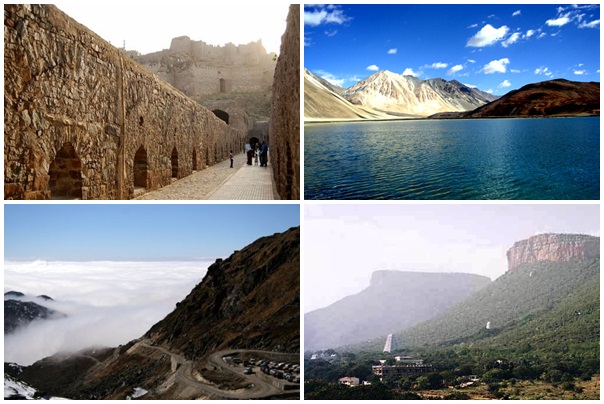 The first prize for the Best State in the category “Comprehensive Development of Tourism” has been awarded to Andhra Pradesh and Madhya Pradesh. Kerala and Gujarat are at the second and the third place in the same category, respectively. Moreover, Andhra Pradesh has been titled the Best Film Promotion Friendly State.

Tirupati, the largest pilgrimage spot and the fourth largest city in Andhra Pradesh, bagged the Best Heritage City Award. Tirupati is known for its scenic hilly beauty and the Lord Venkateswara Temple. The 2000-year old temple is the apex of pilgrimage which fetches around 2 crore visitors from the world over and generates an annual income of approximately 2,250 crores.

Among the Indian capital cities, Hyderabad is in the spotlight of the National Tourism Award this year. The award for the Best Airport in India has gone to the Rajiv Gandhi International Airport. Hyderabad International Airport won the prestigious title for the second time. Golkonda Fort, a jewel in the crown of Hyderabad tourism, stole the limelight as the Best Maintained and Disabled-friendly Monument in the country. Leonia International Centre for Exhibition & Conventions in Hyderabad is the best standalone convention center.

Among the states of north and north-east India, Jammu & Kashmir is conferred on the award in the category the “Best State for Comprehensive Development of Tourism”. It is the second time that Jammu & Kashmir won the title. The Kerala Tourism is shining with the “Most Innovative Information Technology Website” award. The Kochi Muziris Biennale Project, an initiative by Kerala Tourism, is declared the Most Innovative Tourism Project in India, at the National Tourism Awards function today.

The Best Responsible Tourism Award, one of the most coveted recognitions in the tourism sector, has gone to Ladakh, the land of high passes in the state of Jammu & Kashmir. Several eco-tourism projects are underway in the Leh District. Ladakh is one of the sustainable tourism centers in India.

The state to have won the award for implementation of rural tourism projects is Sikkim in northeast India. Bhim Dhungel, Tourism Minister of Sikkim, received the award. An ambitious project worth a whopping 140 crore has been launched to develop infrastructural facilities including view points, conference centers, halting points, retiring units and likes for the convenience of tourists in Sikkim.

In the absence of Dr K. Chiranjeevi, the Minister of Union Tourism; and Pranab Mukherjee, the President of India, Dr Shashi Tharoor, Minister of State for Human Resource Development, played the host and addressed the attendees at the Indian Tourism Awards event. Dr. Tharoor sounded eloquent about the need of a strict policy to ensure absolute security of tourists, which is one of the bottleneck issues to be dealt with in the travel & tourism industry of India.

We at IndianEagle.com convey our hearty congratulations to the winners of Indian Tourism Awards.