The months of August and September are full of cultural festivals and musical events for the Indian community in New York and New Jersey. Some of the upcoming weekend events in New Jersey are all about music and dance, while some of the Indian events in New York are of cultural importance. We have listed the best of events for Indians in New Jersey and New York Indians from the calendar of August and September 2016. 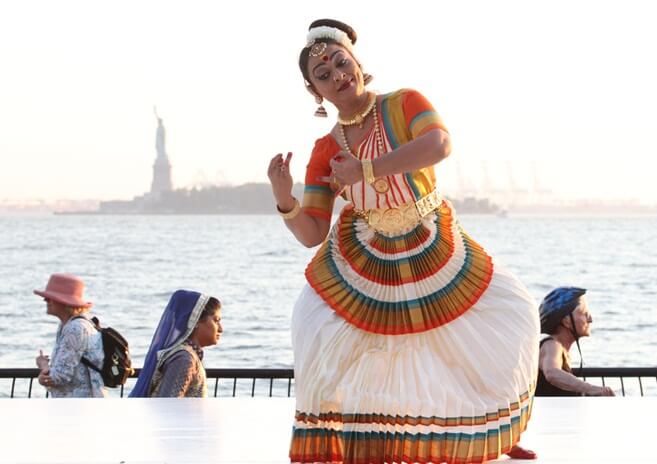 One of the most exciting Indian events in New York, Heritage of India Festival on August 7 celebrates Indian culture and food with cultural performances including Indian folk dance, traditional rangoli art and fashion show. Do not forget to buy some souvenirs from the flamboyant merchandise on display at a makeshift bazaar. This upcoming Indian event in USA is an amazing chance for the Indian community in New York to live a few moments of their native culture.

A nice time ahead for the Indian American community in New Jersey! One of the upcoming weekend events in New Jersey, the first edition of Indo-American Festival to be held on August 13 is a celebration of Indian food, dance and music. Catch up with New Jersey Indians while relishing mouthwatering Indian treats, theater performances and a crafts gallery.

The Indian Dance and Music Festival is a gathering of Indian classical artists from across the world. Indians in New York can take part in discussions, exchange stories and binge on incredible Indian dishes. This week-long festival is among the top Indian events in New York because of the exciting summer camp and 20+ not to be missed dance & music concerts.

Indians in New Jersey will have the best time on the last weekend of August over South Asian Theater Festival 2016. Among the upcoming Indian events in New Jersey, the two-day festival will feature three Bengali plays, one Hindi play, one English play and three short plays by popular theater personalities such as Meghnad Bhattacharya, Parthapratim Deb, Mukund Kamerkar, and likes.

One of the most awaited upcoming weekend events in New Jersey, the Eid Mela and Chand Raat 2016 is being organized to celebrate the rich culture of Muslim community in New Jersey. The event on September 11 includes live concert, delectable food and other entertaining activities.

Popular Indian singers Jolly Mukherjee, Shrikant Narayan, Nirupama and Priyanka are all set to entertain the Indian community in New Jersey with evergreen melodies composed by the legendary Indian musician duo – SD Burman and RD Burman – on September 23. Don’t miss this musical evening to break loose from your usual daily routine and rejuvenate yourself.

Travel Beats is an Indian American community news portal for Indians in USA by IndianEagle, a leading travel organization. Subscribe to Travel Beats’ free newsletter for the latest news and interesting stories.