The first Indian American surgeon general of the United States, Dr Vivek Murthy is on a mission to save Americans from a critical health issue. He will soon write to medical professionals and practitioners in the US, aiming to ring an alarm bell against prescription of painkillers such as Oxycontin and Vicodin, which is taking a toll on many lives.

Dr Vivek Murthy, the youngest surgeon general in the history of USA, drafted a letter for American doctors, requesting them to come forward with a united force to save America from a health crisis resulting from overdoses of painkillers. At the same time, he appreciated their efforts to relieve patients from pain and their good intentions to prescribe painkillers, which unfortunately became the bane of health. 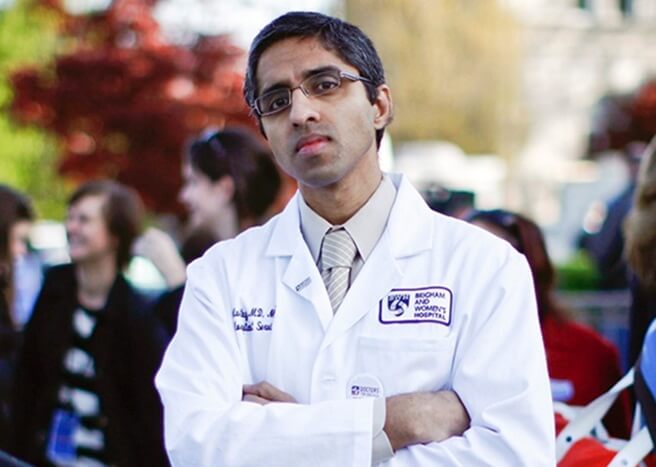 The period from 1999 to 2014 witnessed the untimely death of over 165,000 people from immoderate intake of opioid pain medications in the United States, as per the stats from the Centers for Disease Control and Prevention. ‘Drug overdose deaths are the leading cause of injury in the US, ahead of motor vehicle deaths and firearms,” according to a report published by CNSNews.com in 2015.

These figures hint at an alarming picture of what might become an epidemic if unjust prescription and immoderate intake of painkillers is not controlled with immediate effect. That’s what had set Dr Vivek Murthy on a nationwide tour to explore why doctors tended to prescribe opioid pain medications and why they were unaware of its detrimental effect on health despite widespread media attention.

Surgeon General Vivek Murthy, a Harvard University graduate and a Doctor of Medicine from Yale School of Medicine, cited an instance to be precise about the American doctors’ lack of awareness. One of his friends is an eminent cardiologist and a compassionate doctor. He was under the impression, “Opioid medication is not addictive as long as a patient is truly in pain,” until Dr Murthy brought the grim reality to his notice.

In 2012, health care clinics in USA wrote 259 million prescriptions for opioid painkillers, which is equivalent to a bottle of pills for every adult in America, according to the Centers for Disease Control and Prevention. American dentists and nursing professionals are also under the purview of the initiative by Dr Vivek Murthy.

Dr Murthy, who runs various educational programs and health campaigns in the Indian state of Karnataka where he ancestrally belongs to, has attached a card to his email letter with instructions for prescribing alternative pain relievers such as non-addictive drug and physiotherapy.

The Indian American Surgeon General has been pursuing the art of healing since his early childhood in Miami where his father used to run a medical clinic. He co-founded Doctors for America in 2009, an organization of doctors and medical students having the same vision of a health America.