Hyderabad, one of the prominent South Indian capital cities, remains a hot sensation for global media. Be the reason Masala Dosa, the Charminar, Rajiv Gandhi International Airport, Irani Chai, Pearl Jewellery, the history of Nizams, or bifurcation of the state Andhra Pradesh, the city is in the spotlight every year. The official selection of Satya Nadella, an NRI of Hyderabad origin, as CEO of Microsoft is the latest reason for the city’s being the talk of the tech world. 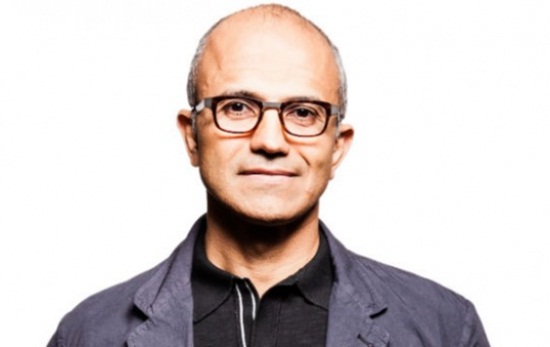 Another nominee for the prestigious designation was Vivek ‘Vic’ Gundotra, Senior Vice President of Google Inc. He was a strong competitor to Nadella. However, the official declaration put an end to the long wait over who would be the next CEO of Bill Gates’ empire and spawned a moment of pride for Hyderabadis. Indian Eagle takes a peek into this Indian American’s bright career to share with you.

Satya Nadella will replace Steve Ballmer to designate the prestigious and responsible position of CEO at Microsoft, founded by Bill Gates. Next to Bill Gates and Steve Ballmer, he is the third in the league of leaders under the roof of the software giant. The first non-American CEO of Microsoft has served as Executive Vice President in the Company’s many global projects including Office and Cloud Computing till date.

Born to an IAS Officer in Hyderabad, he was one of the members of India’s Planning Commission in the period 2004-09. A bachelor of engineering in electronics and communication from Manipal Institute of Technology, Nadella has been a technologist since the very first day of his professional career which started with Sun Microsystems.

One of the secrets to his escalating career as a Microsoftie is his exemplary leadership which is responsible for the success of several multibillion dollar projects. He led the team of techies and analysts in different divisions – the Online Services, the Microsoft Business, the Server & Tools Business, the Business Solutions Development, and the Cloud & Enterprise Group – to achieve the Company’s business goals in alignment with the vision & mission.

In Bill Gates’ words, “Satya Nadella is a proven leader with hardcore engineering skills, business vision and the ability to bring people together.” He is credited with the delivery of Microsoft Cloud OS, the growth of Microsoft Mobile Computing and the rise of revenue from Microsoft Cloud Services.  Currently, he is at the helm of development and innovation drives for the Microsoft products including Windows Server, Windows Azure, SQL Server and likes.

According to market researchers and business analysts, Microsoft is in competition with Google, Apple, Amazon, Salesforce and IBM. As CEO Satya Nadella is expected to innovate the products and ideate a new of strategies for growth, initially.

Indian Eagle, a trusted online travel partner of NRIs, conveys hearty congratulations and wishes all the best to Satya Nadella!