Indian American children have already scripted a new chapter in the history of America by winning national bee championships for the past few consecutive years. They are second to none in such noble pursuits as knowledge, creativity, innovation and philanthropy. Our continued series of stories about young Indian Americans‘ remarkable achievements and humanitarian missions is a testimony to their extraordinariness.

Unsurprisingly, an 11-year-old Indian American schoolgoer has won the Quiz Bowl Championship in the middle school category, a national academic quiz competition in the United States, beating other 85 talented participants from across the country this month. 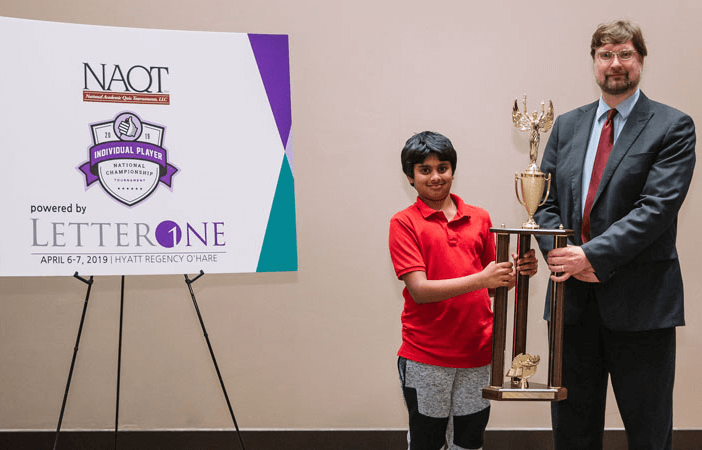 A sixth grader from San Jose, California, Arin Parsa is the youngest winner of the award in the history of Quiz Bowl Championship. Held in Chicago, the National Academic Quiz Bowl Champion 2019 tournament witnessed the moments of Arin Parsa outsmarting his competitors, who possess stellar quiz bowl records at the regional level.

Indian American Arin Parsa is an avid blogger, passionate traveler, tech enthusiast and movie buff. He does blogging to share his thoughts about politics, Congressional policies, literature, history, science, technology and his trips. Watching space documentaries and history videos is one of his favorite pastimes.

The participants including Arin Parsa graduated from the initial ‘subject knowledge’ rounds to the championship round by competing with each other in quizzes on science, math, literature, social sciences, philosophy, fine arts, sports, history, economics, and current affairs. There was a buzzer-based group round, in which the middle-school students were quizzed with 72 questions. Thereafter, the top 32 students who scored the highest points in the ‘subject’ rounds proceeded to head-to-head rounds.

The use of a buzzer system is one of the defining features of the National Academic Quiz Bowl Champion tournament. The buzzer system is a well-thought-out mechanism for any of the contestants to showcase his/her confidence by answering a question correctly before the question is read fully. Besides, there are other questions which are more difficult than other questions. Answering bonus questions correctly fetches more points.

The top three students who advanced to the championship rounds of the national quiz competition were all Indian Americans, including California’s Arin Parsa. Sixth grader Arin went on to grab the championship by outpacing Rohan Ganeshan, a 7th grader from Chicago, in knowledge display in the final head-to-head match.