The US Department of Homeland Security is plugging even the tiniest holes in the security infrastructure of major airports across the country, using the latest technologies such as biometric screening and face scanning to leave no room for any concern about airport safety. Major airlines’ interview of their US-bound passengers before boarding at origin airports, rigorous changes to the policy for visitor visas to the US, and several other mandates to cut visa overstay in the US are some of the measures taken to keep the US border safe in the past few months.

Surprisingly, the Transportation Security Administration, a Department of Homeland Security agency is planning to eliminate passenger screening at medium and small airports across the United States. Founded to enhance the US aviation safety post the September 11 attacks, the TSA has been responsible for the overall security of US airports and the traveling public for about two decades. 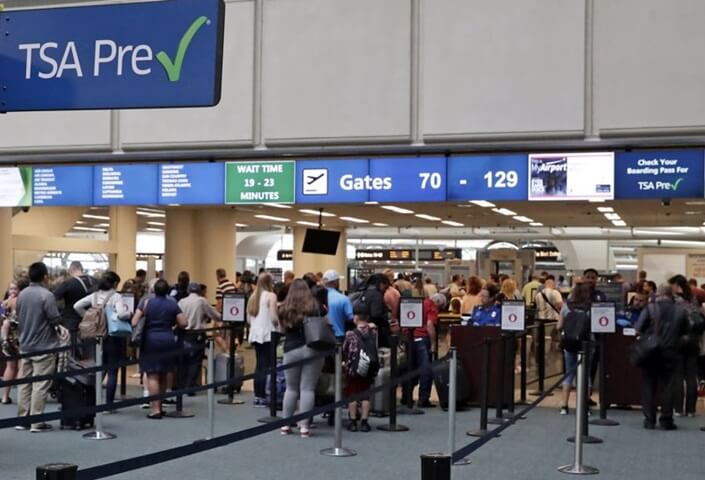 The proposed elimination of passenger screening at more than 150 small airports in the United States is a cost-cutting measure, according to a CNN report and some senior TSA officials. The internal documents obtained by CNN indicate that the proposal, in implemented, would make it possible to save as much as USD 115 million annually. Only the small and medium-size airports operating commercial aircraft with max 60 seats are the target of the proposal.

To say precisely, if you are flying from Daytona Beach and your destination or layover for the connecting flight to go out of the country happens to be Orlando or Miami in Florida, both you and your luggage would be screened at Orlando or Miami International Airport.

The Transportation Security Admiration’s proposal seeking to cut passenger screening at small US airports has been eliciting flaks from all quarters. The idea is ‘so dangerous’, according to an unidentified TSA field officer.

A Retired FBI agent and security expert, Rick Smith found the idea to get more funding for safety of major US airports unfair, in the context of gun violence and mass shootings in the United States. He opined, “The US aviation security infrastructure consists of both small and large airports. If you open up a hole anywhere in the infrastructure, you compromise the entire system.”

‘The idea of withdrawing passenger screening from small airports involves serious security concerns, which may cause loopholes in the system for miscreants,” opined the chief technical officer of IndianEagle.com, a leading air ticketing portal booking flights to India from regional US airports.

It’s not the first time that the idea to cut the cost of screening at small and medium airports has been pitched to the US Department of Homeland Security. But the proposal is being considered on a serious note this time, based on the latest rick and cost analysis by a TSA working group of 20 officers.