Many European countries have lifted their travel restrictions and entry norms in response to the post-pandemic travel boom. But traveling through Europe is still complex not because of the ongoing staffing shortage, but due to certain visa rules. An urge to fly overseas after the pandemic-induced ‘travel inertia’ for two years and to grab discounted international flight tickets in view of the rising airfares seems to override the need to know the correct visa requirement of an itinerary having layover (s) in Europe. 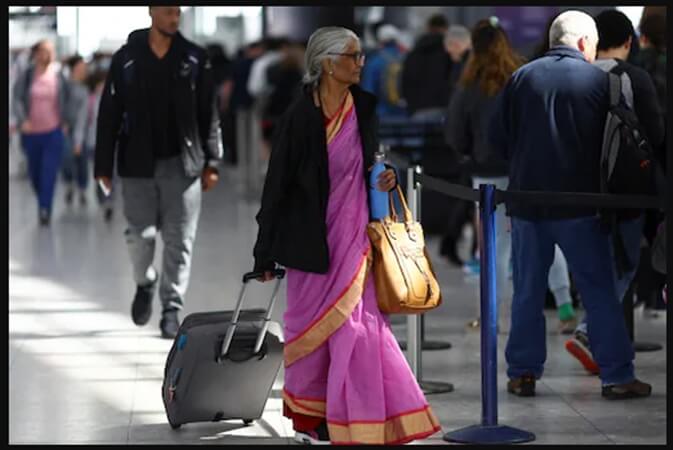 Four travelers, including two students, were denied boarding on a flight to USA from India at Bengaluru Kempegowda Airport last week. All of them were Indian passport holders. Reportedly, Air France refused to onboard them as they did not fulfil the visa requirement of their itinerary via Paris and Amsterdam – two Schengen zones in Europe. As a rule of thumb, Indian nationals need a regular Schengen visa to connect/transit via two Schengen countries on an itinerary between India and the US.

Sriram Amruthur, who is studying data science in Michigan, was held back while checking in for the AF0191 flight to Paris from Bengaluru. “Much to my dismay, the Air France ground staff told me I can’t travel without a valid Schengen visa as I was scheduled to fly from France to Amsterdam en route to Chicago. The airline had not bothered to alert me about the need for a transit visa while booking tickets. Nor did its official website mention the requirement for Indian passengers,” he was quoted saying by the Times of India and other media in their reports.

However, he said that his onward flight from Chicago to Bangalore via Paris was smooth. There was no hassle to deal with even while transiting via Paris. Early in May, he travelled to India to spend his college break with family back home.

After realizing that there is no booking counter of Air France flights at Kempegowda Airport, BLR; Sriram called the airline’s customer helpline. He was pushed from pillar to post when the customer support team told him to approach the airline counter at Chicago O’Hare International Airport as his round-trip ticket was purchased in the US. He took no time to contact his brother in the US and told him about his ordeal. His brother visited the Air France office in Chicago and sought a resolution.

At this juncture, Sriram and other three travelers regretted not booking their travel through a reliable travel agency in USA. After much to and from, they went back home in the wee hours of Thursday (IST), June 16.

The Paris-Amsterdam leg of the itinerary involves terminal change from Terminal 2E to Terminal 2F at Charles de Gaulle Airport, Paris, according to aviation journalists, among international travel experts, who replied to his posts on Twitter and Facebook. At Paris CDG Airport, the terminal change entails immigration clearance to let international travelers transit on a flight to Amsterdam, and Indian travelers require a Schengen visa for this.

“Visa is a most crucial requirement for international travel. Any misinformation or the lack of information about the visa required for your itinerary can spoil your travel plans in the eleventh hour. We believe providing correct visa information to travelers is the responsibility of airlines, and therefore, strongly recommend our customers to check with the airline or embassy,” says the chief travel economist of IndianEagle.com, a trusted travel-booking partner of Indians in USA.