Since the pandemic began, time has been a roller-coaster ride for many non-immigrant US visa holders. They are back to where they were early in 2020. In the wake of the pandemic, India suspended all international flights, inbound and outbound, leaving thousands of non-immigrant visa holders stranded and separated from their families in the US until the launch of Vande Bharat Mission expanding to air bubble travel. A little more than a year later, they have met with the same fate in the aftermath of the US government’s entry restriction for certain travelers from India, effective this May 4. 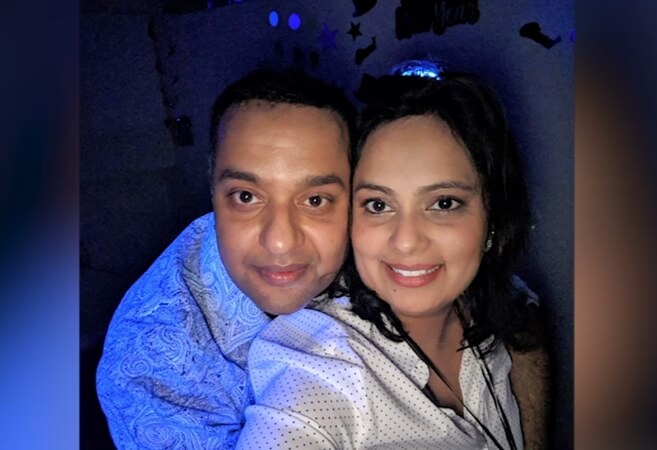 Ashu Mahajan, a 44-year-old H1B professional from New Jersey, is left helpless in India and pleading with the US government for return to his family because of the selective move restricting entry to certain travelers from India – which his wife calls ‘an irony’. Anu Sharma, an H4 visa holder from California, has also got stuck in India for an indefinite period of the US travel restriction. A virus can transmit through anyone, a US citizen or a non-US citizen; it does not differentiate. We feel we are once again penalized because we are in the long queue for green cards,” she told the American Bazaar.

Ashu Mahajan, who has been working as an architect on H1B in the US since 2008, had gone to India to look after his 75-year-old, ailing father in mid-April. His short trip was extended as his father contracted the virus and succumbed to it after a few days of hospitalization and intubation in New Delhi. He cannot travel back also because the US consulates have cancelled in-person appointments in India. He can’t re-enter the US unless he attends an in-person appointment for visa stamping. With his dad being no more, Ashu is all alone in India and longs to be his with wife and kids in Scotch Plains.

Another H1B visa holder whose wife is expecting next month in California is stuck in India due to the travel impasse between the two countries. Out of the sheer concern about his pregnant wife being alone, he is desperately looking for a way out of the restriction. Similar is the fate of many others who had traveled to India for visa stamping and family emergency got stuck there as the US government’s entry restriction disrupted their return travel plans amid the soaring numbers of positive cases in India.

Inundated by calls of anxiety from those stuck in India and their separated families in the US, immigration attorneys opine that the selective travel restriction does not serve the purpose. The entry restriction should not be based on one’s citizenship, LPR status, or visa type. It should be either equal to all arriving from India or revoked immediately, according to attorneys dealing in immigration and visa services.

President Biden’s proclamation restricting travel from India, beginning May 4, mostly affects H1B and H4 visa holders whose spouse is neither a US citizen nor a lawful permanent resident. They are not subject to the proclamation if they are parents of a US-born kid. However, there is a way out for some of those who are not exempt from the restriction on entry into the United States.

Any non-immigrant visa holder/foreign national/non-US resident whose entry to the USA is in the national interest, as determined by the Secretary of State and the Secretary of Homeland Security, may qualify for a National Interest Exception (NIE). Nonimmigrant visa holders whose travel to the US is critical to the purposes including but not limited to national security, civic infrastructure, public healthcare and humanitarianism are needed to demonstrate that they qualify for a National Interest Exception. They can contact the nearest US Embassy or Consulate in India prior to traveling or returning to the US. A National Interest Exception, if granted, is valid for a single entry within 30 days from the date of approval.

You must provide the following information in your email seeking a National Interest Exception: