Since the beginning of US elections 2016, immigration experts and foreign students as well as professionals have been panicked about immigrant and non-immigrant visas for jobs in the United States. The introduction of various bills in the US Senate seeking to ban or curb hiring of foreign workers on H1B visa sent thousands of American dreamers into a tizzy in the past few months. The latest announcement about an upcoming law to prioritize non-immigrant visa allocation for the foreign workers and students having American qualifications is a ray of hope to Indian students in USA.

Deputy Democratic Leader Dick Durban and Senate Judiciary Committee Chairman Chuck Grassley have proposed to introduce legislation to complement the workforce of America with foreign students pursuing higher studies in the US and foreign workers who have qualified from US universities by prioritizing issuance of non-immigrant visas to them. 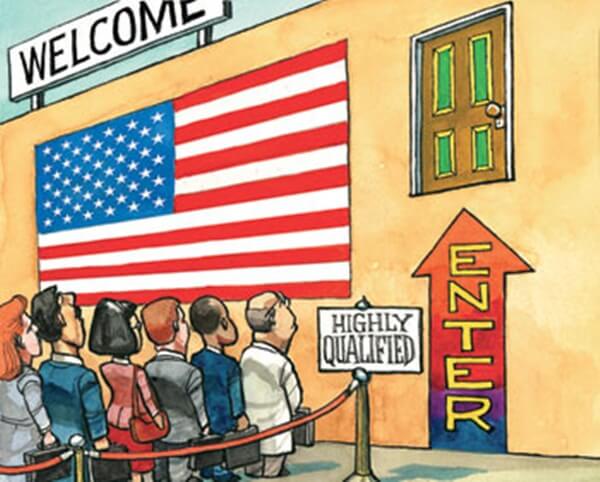 Another purpose of the proposal is to prevent exploitation of the US visa programs by companies which seek cheaper labor from Asian countries including India and China. The proposed legislation to prefer foreign workers having US education over those having non-US education for American jobs will be effective in the interest of skilled American workers who are often replaced by foreign professionals.

According to the proposal, foreign workers should be hired to meet the demand of skilled labor in the US market, not to replace skilled American workers. The upcoming legislation will ensure that only those having degrees or diplomas from US colleges and universities will be given priority for American jobs among the visa applicants from outside of USA. The bill will equally benefit Americans and foreign workers, according to Dick Durban and Chuck Grassley.

Indian students in USA may benefit from the upcoming legislation in the US Senate, while the Indian IT firms applying for H1B and L1 visas in bulks may suffer a setback once the proposed bill becomes a law. Notably, India sends the second highest number of students to the US every year. About 2 lakh students from India are currently pursuing higher studies in America.

Also Check New Fee Policy for All US Visa Applications