An eminent Indian American scientist’ outstanding achievement has brought all NRIs in news across the globe. Akhouri Sinha is a professor in the Department of Genetics, Cell Biology and Development at the University of Minnesota. The United States honored him by naming a mountain in Antarctica after him in recognition of his ambitious biological research expedition. 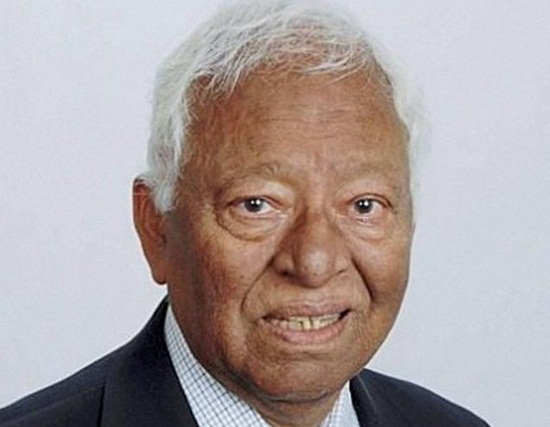 Akhouri Sinha worked as an avid explorer in Antarctica and mined critical data about animal populations, in 1971-72. He was a member of the team committed to the studies of seals, whales and birds in the Bellingshausen Sea and the Amundsen Sea. The US Geological Survey recognized his effort and named a mountain Mt Sinha, in association with the Advisory Committee on Antarctic Names.

Mr. Sinha belongs to Churamanpur, a village in Buxar district in the state of Bihar, India. He is a BSc graduate from the University of Allahabad and did Masters of Science in Zoology from the University of Patna. He held a reputed designation in the Zoology Department of Ranchi College before migrating to the United States, on an invitation to extensively research on the reproduction of Antarctic seals from the National Science Foundation.

A man of letters with a down-to-earth attitude, Akhouri Sinha visits his native village every year, in the month of February when Minnesota shivers by dint of cold during winter. He shares an ancestral connection with the pre-colonial history of India. His family shifted to Bihar from Delhi after the invasion of Delhi by Nadir Shah in 1739.

His survey on the animal populations of Antarctica during the 4-month research expedition has proven to be a useful measure on today’s erratic climate change. His study on the types and behaviors of Antarctic animals has proven useful for population conservation efforts. He is in support of collaboration between India and the United States for a multidimensional research expedition in Antarctica.