Recently, India has traveled to Berlin International Film Festival 2014 which is on the go now. Indian Cinema has been in the spotlight of international film festivals for last few years. Among the entries from India for the 64th edition of the Berlin Film Festival, ten films have been selected for screening in various sections. The screening of Indian films to a global audience in film fests showcases not only the multilingual cinematic excellence but also the cultural opulence of the country. Indian Eagle takes a peek into the selection of movies to be screened in the Berlin Film Festival. 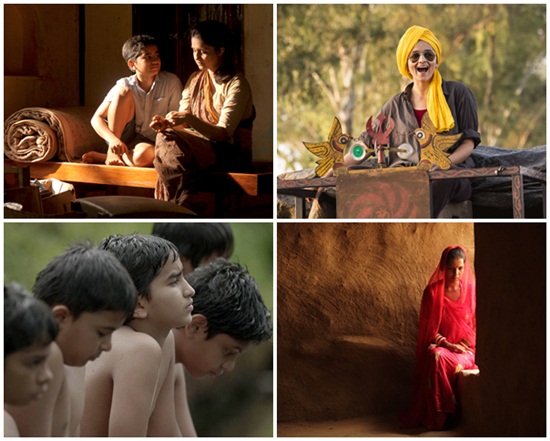 Highway by Imtiaz Ali and Papilio Buddha by Jayan Cherian, have been selected for screening in the “Panorama” section. The movies are in competition with each other for the Teddy Award. Highway, a road movie, is the story of a girl who travels with her kidnapper through six states of India. Freedom in bondage is theme of the movie starring Alia Bhatt and Randeep Hooda in the lead. Papilio Buddha, a Malayalam movie, depicts the poverty-ridden life of dalits struggling for existence against the local heads and government, in the Western Ghats of India. The film has already traveled to Montreal World Film Festival, Trinidad & Tobago Film Festival, and Athens International Film & Video Film Festival.

The selection of Indian films to be screened in the “Forum” section of the Berlin Film Festival includes Pushpendra Singh’s Lajwanti, K. Hariharan and Mani Kaul’s Ghashiram Kotwal (1976) and Jessica Sadana & Samarth Dikshit’s Prabhat Pheri. Made in 1976, Ghashiram Kotwal is a periodic Marathi movie depicting how the Peshwa Regime rose to power and collapsed due to political corruption. Prabhat Pheri, a real-life documentary, traces the history of the complex which occupies the place where the legendary Prabhat Film Company Studio used to stand tall. Inspired by a Rajasthani folk tale, Lajwanti tells the story of a married woman in conflict with her inner self during her journey to fulfill a dream.

Blood Earth by Kush Badhwar and Mount Song by Shambhavi Kaul are two Indian films among the entries to the “Forum Expanded” section of the Berlin Film Festival 2014. Blood Earth is a documentary, based and short in Orissa. It sensibly depicts the correlation of music, culture and struggle in context of violence. It has already earned kudos in the International Festival of Moving Image of Art in Bangalore. Mount Song is a 9-minute short film, a glaring example of avant-garde filmmaking.

Avinash Arun’s Killa, and Gaurav Saxena’s Rangzen are to be screened in the “Generation K Plus” section for children and teenagers. Killa is the heart-touching story of a boy’s difficulty to come into terms with the environment of the place where Fate transports him to, after his father dies. Rangzen cinematically narrates the story of an 8-year-old boy who discovers his refugee identity while living in exile. Dharamshala in Himachal Pradesh is the shooting location of the movie.

The only Indian film in focus of the Berlin International Film Festival 2014 is Academy Award winning Satyajit Ray’s Nayak, to be screened in the “Berlinale Classics” section. Nayak, a Bengali classic from the golden era of Indian Cinema, had won the National Award for Best Feature in 1966. Satyajit Ray was a maverick filmmaker of international repute.

To be precise, the films indirectly promote travel to the different language-speaking regions of India, in the film festivals across the world. Similarly, Indian Eagle promotes travel to India by booking the cheapest flights for NRIs.

One thought on “India travels to Berlin Film Festival 2014”