The Missile Man of India is no more amidst us. We commemorated his death anniversary on July 27 this year. However, his presence is felt all over the nation, even in remote rural backwaters, like an invisible ray of hope, inspiration and optimism. That is what three school students from the Maoist hotbeds in the Indian state of Chhattisgarh proved by winning the prestigious APJ Abdul Kalam IGNITE Award 2016.

13-year-old Roshan Sori is a student of Class 6 and son of a poor farmer from a remote village in the district of Sukma, a region affected by Maoist violence in Chhattisgarh. His idea of a software-based solution for instantaneous voting earned him the APJ Abdul Kalam IGNITE Award this year. According to this young Indian, electronic voting machines (EVMs) can be equipped with software which will instantly transmit data to the control room of the election commission as soon as voters press the button. 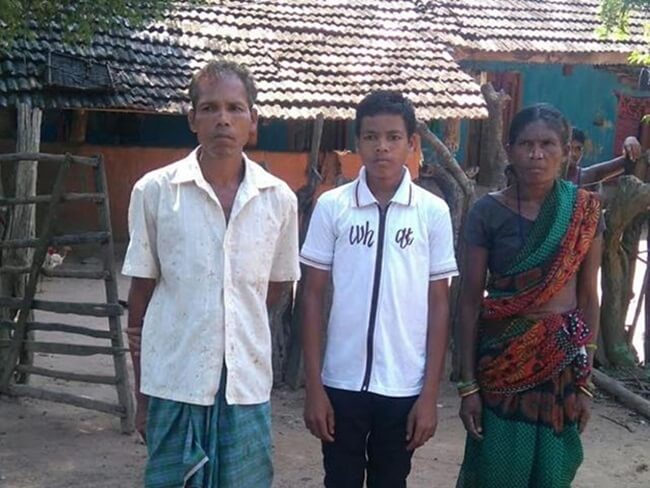 In Chhattisgarh, Maoist rebels often block the roads, stop vehicles and loot electronic voting machines (EVMs) during elections, thereby causing long delays in the poll process. Consequently, it leads to re-polling and adds to the electoral overheads of Indian government. 13-year-old Roshan hit upon the idea on reading the reporting of such incidents in newspapers.

Roshan Sori’s idea of software-based voting, if developed into a concrete solution, will be a most feasible alternative to the looting of electronic voting machines. In addition, it will give respite to thousands of people of different age-groups, who travel long distances from far-off places to cast their votes. These poor people who often can’t afford even public transport are the worst victims in the event of EVM looting. They are required to walk in to the voting centers and cast their votes again during re-polling.

Indu Manikpuri from the district of Dantewada in Chhattisgarh is among the 28 young Indian winners of APJ Abdul Kalam IGNITE Award 2016. A student of Class 7, she came up with a solution to the lack of maintenance for toilets built across rural India under Prime Minister Narendra Modi’s project Swachh Bharat Abhiyan (Clean India Campaign).

The septic tanks of those toilets overflow with human waste as there is no proper, timely maintenance. Villagers drop potatoes into the tanks to prevent overflowing of human excreta. Potato starch leads to decomposition of human waste by aerobic and anaerobic bacteria, which in turn prevents overflowing of human waste. But this is a temporary process. It works for only a month or two. It is a most common problem in the villages of India. If Indu Manikpuri’s idea is implemented, it would raise an alarm to alert villagers whenever toilet tanks are full.

Himanshu Rateria is the third winner of APJ Abdul Kalam IGNITE Award 2016 from Chhattisgarh. He ideated an innovative medical alarm on TV for senior citizens.

The APJ Abdul Kalam IGNITE Award is an annual national competition conducted by the National Innovation Foundation (NIF) of India. It seeks to fire up and harness the creativity, thinking ability, innovative spirit of young Indians up to age of 17 years or Class 12. They are invited to participate in the competition by sharing their original ideas and innovative solutions. The winners are announced on October 15, the birthday of Dr. APJ Abdul Kalam, every year and awarded by the President of India. the winning ideas and innovations are converted into projects for development.