If Sushma Swaraj were alive today, she would have been more than happy to see the way India is reaching out to the Indians stranded in the novel coronavirus-hit countries. After having evacuated 647 Indians from Wuhan, China’s epicenter of Novel Coronavirus, and 83 Indians from Italy deploying Air India flights, the government of India sent a lab with a team of scientists to test the Indians stranded in Iran. Around 6000 Indian nationals are stranded in Iran, the third most affected country with 15000 confirmed COVID19 cases and 853 deaths. 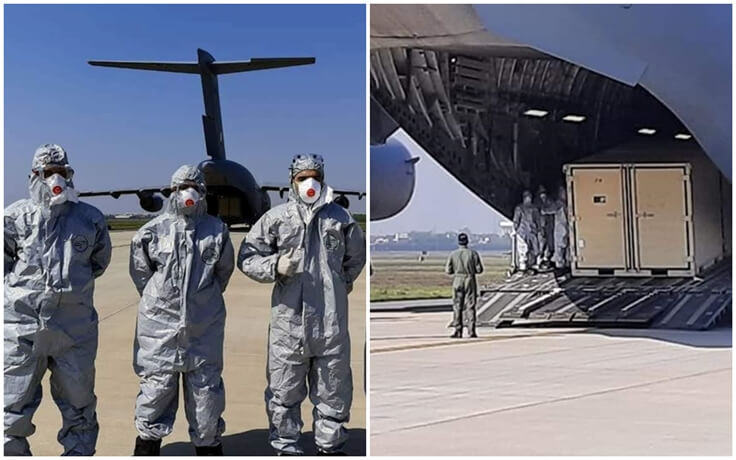 Reportedly, Iran cited its shortage of resources as a reason not to provide the coronavirus screening test to the stranded Indians on its soil. On the other hand, Iran’s President Hassan Rouhani sought assistance to check the spread of COVID19 from many developed countries including India, in his letter to PM Narendra Modi and other world leaders.

In response to the Iranian President, the government of India sent a C-17 Globemaster III heavy military transport aircraft carrying laboratory equipment and a team of scientists to Tehran. The Indian medical team that left for Iran includes three scientists from Indian Council for Medical Research, and one scientist from Pune’s National Institute of Virology which has been at the center stage for screening and testing amid the Novel Coronavirus epidemic in India.

India’s union health minister Harsh Vardhan said that once the 6000 stranded Indians in Iran are tested for COVID19, the lab would be donated to the Iranian government.

The medical team from India that is supposed to set up a makeshift lab facility and test the Indians in Iran is yet to get custom clearance from the Iranian government. Iran cited security reasons for not giving clearance to set up the makeshift lab. Hence, the four scientists are stationed in Iran and collecting swab samples of the Indians stranded there. Nearly 1200 swab samples have been sent to India from Iran so far for a laboratory test.

Those who test negative will be evacuated first and brought back to India. Those who test positive will be given initial treatment in Iran itself. A military transport aircraft of the Indian Air Force has already brought 48 Indians back home from the Novel Coronavirus-hit Iran.

Indeed! India is a generous country. India has sent 15 tonnes of medical supplies including masks, gloves, hand sanitizers and emergency medical equipment to help China deal with the COVID19 emergency.

Also Check: FAQs – Travel to and from India This Coronavirus Season