Forbes’ 2016 list of the 400 richest Americans features five Indian American billionaires. These richest Indians in USA are among the few who made their American Dreams come true and whose stories of success are worth sharing. Born in India, they belong to the Indian American community of techies, engineers, entrepreneurs and investors. They stared from scratch and gradually took a leap to dizzying heights of infinite success. Here is a brief about those five richest Indian Americans. 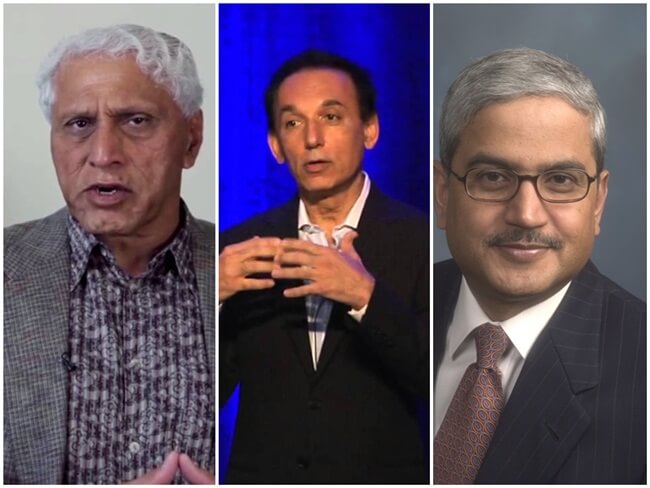 One of the five Indian American billionaires, Dr. Romesh Wadhwani is the founder and chairman of Symphony Technology Group in USA. With his net worth of 3 billion US dollars, he stands 222nd on Forbes’ list of the 400 richest Americans for the year 2016. An IIT-Bombay graduate from India, Mr. Wadhwani earned masters and PhD degree from Carnegie Mellon University. A self-made serial entrepreneur in the Indian Community of Palo Alto in California, he is currently the owner of a thriving empire of 17 data, technology, heath care and analytics companies. In 2015, he announced to invest up to $1 billion in entrepreneurial initiatives in India. Dr. Romesh Wadhwani is a philanthropist too. He founded the Wadhwani Foundation aiming to drive economic development in developing nations including India.

Forbes Magazine featured Bharat Desai and Neerja Sethi, co-founders of Syntel Inc. in USA, at the 274th position on its 2016 list of the 400 richest Americans. With a net worth of $2.5 billion, the husband and wife duo is next to Romesh Wadhwani among the richest Indian Americans this year. Born in Kenya and brought up in Ahmedabad, India, Bharat Desai graduated in electrical engineering from IIT Bombay. After a stint as a programmer at Tata Consulting Services, he sowed the seed of Syntel Inc. with an initial investment of $2000 at his apartment in Michigan in 1980. Today, the company has a global strength of 24,000 employees and generates revenues worth over $950 million a year. Bharat Desai and Neerja Sethi are jointly ranked 85th among the richest tech billionaires in the United States in 2016.

With a net worth of $2.4 billion, Miami-based Indian American entrepreneur Rakesh Gangwal made it to Forbes’ 2016 list of richest Americans and occupied the 321st ranking out of 400. Born in Kolkata, he is an IIT-Kanpur graduate and an MBA from Wharton School of Pennsylvania University. His career journeyed from strategic planning for United Airlines in 1984 to the Chairman of US Airways Group to the inception of InterGlobe Aviation Ltd. in 2000. InterGlobe Aviation owns IndiGo, India’s largest budget airline by domestic market share, which Rakesh Gangwal cofounded with just one aircraft in 2006. Forbes’ list of 100 richest Indians in 2015 featured him at the 70th rank. 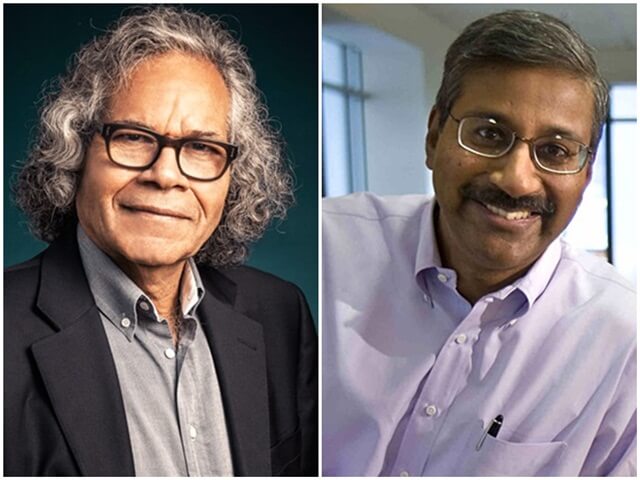 Among the five Indian American billionaires on Forbes Magazine’s 2016 list, John Kapoor is the Chairman of two drug companies: Akom Inc. and Insys Therapeutics Inc. The former deals in ‘difficult-to-manufacture’ prescription drugs and the latter produces opioids for cancer patients. The 73-year-old entrepreneur ranks at 335th among the 400 richest Americans for his net worth of $2.1 billion. Born in Amritsar, he traveled to USA from India for a PhD degree in medicinal chemistry. A resident of Phoenix in Arizona, John Kapoor also owns restaurants in Chicago and San Francisco.

Chennai-born Kavitark Ram Shriram is the fifth richest in the Indian American community, with a net worth of $1.9 billion. Forbes’ 2016 list of 400 richest Americans ranks him at 361st. One of the Silicon Valley angel investors in California, he owns Sherpalo Ventures which invests in technology startups. Being one of the first investors in Google, he is still on the board of Alphabet, Google’s parent company. Like other India-born ambitious entrepreneurs, Kavitark Ram Shriram moved to USA in 1994 and joined Netscape to make his ‘American Dream’ come true. Then he served as vice president of business development at Amazon Inc. after it Junglee in 1998. He donated $61 million to the funding of engineering initiatives at Stanford University.

Travel Beats is an Indian American community portal owned by IndianEagle, a trusted travel organization for Indians in USA. Subscribe to our free newsletter and stay tuned to latest news & stories about Indian Americans, Indian events in USA and travel to India.