Earlier this year (2017), the US Department of Homeland Security released two memos directing the Citizenship and Immigration Services (USCIS) to axe the number of undocumented or illegal immigrants in USA, including nearly 300,000 Indian Americans.

The latest act of immigration reform in the Trump administration put an end to the Deferred Action for Childhood Arrivals (DACA) program which protected 800,000 undocumented young immigrants from deportation till September 5, 2017. The discontinuation of the DACA program is likely to deport over 7000 Indians from the United States. 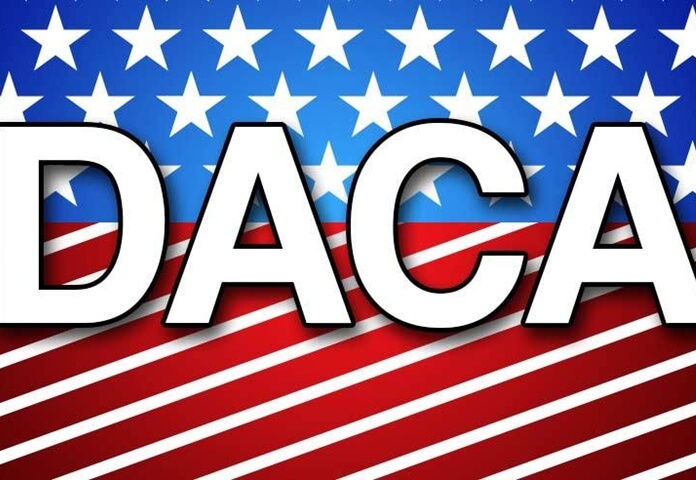 What is DACA Program?

DACA is the abbreviation of Deferred Action for Childhood Arrivals, a federal policy for the undocumented young immigrants who were brought to USA as minors. In 2012, the Obama Administration institutionalized the DACA program for their welfare. It allowed them to live, study and work legally in USA. Those applying for Obama’s DACA program were required to face an investigation for if they had any criminal record or if they posed a threat to the national security.

Those who were able to get through vetting got exempted from deportation for two years and became eligible to apply for a driver’s license and a work permit. The deferred action against their deportation was renewable for another two years. Only those who had lived in USA since the age of 16 and were under 31 years in age at the time of applying for the DACA program were eligible for the right to live, study and work in USA.

There are about 800,000 recipients of Obama’s DACA program, including 7000 Indian Americans. They are called DREAMers. The term ‘DREAMer’ is borrowed from the Development, Relief and Education for Alien Minors (DREAM) Act, a legislative bill which was first brought to the US government in 2001. California houses the largest number of undocumented young immigrants (222,795) followed by Texas, New York, Illinois and Florida.

Yesterday (September 5, the Department of Homeland Security announced to discontinue the Deferred Action for Childhood Arrivals from September 6, 2017. Neither new applications for work permit or driver’s license under the DACA program nor requests for renewal of the DACA membership will be entertained after September 5, 2017.

However, the elimination of the Deferred Action for Childhood Arrivals will not harm the existing beneficiaries whose 2-year tenure will expire between within 6 months from September 5, 2017 till March 5, 2018. They can continue to have the benefits of the DACA program until expiration of their tenure and unless their work authorization is confiscated in certain cases.

The DACA program will gradually be rolled back in six months from today. The US Citizenship and Immigration Services (USCIS) reserves the right to grant or reject the applications for DACA renewal submitted until September 5, 2017 at its sole discretion. That’s what was hinted in the announcement nu USCIS:

“The US Department of Homeland Security will continue to exercise its discretionary authority to terminate or deny deferred action for any reason, at any time, with or without notice.”

According to official estimates from the USCIS, the current beneficiaries of DACA include Indian American students who rank 11th among the undocumented young immigrants in USA. They are as patriotic and hard-working as Americans though they don’t have legal recognition, according to a Democratic leader in the US House of Representatives.