Bundelkhand Region of Uttar Pradesh and Madhya Pradesh is in the focus of Indian tourism because of Gulabi Gang, a group of underprivileged, deprived women at the lowest rung of the social ladder. Also known as the Pink sari brigade, Gulabi Gang is a collective voice of women is support of their rights and in protest against social injustices to them. Sampat Pal, the leader of the gang, is a torchbearer of education, emancipation and empowerment for women in Bundelkhand. Recently, she has been in news for the story of Gulabi Gang and her life has been adapted into a Bollywood movie titled Gulaab Gang which is to be released on March 7, on the eve of Women’s Day in India. Let’s have an introduction with the tourist destinations and attractions in Bundelkhand region which has drawn lavish attention in a few international film festivals. 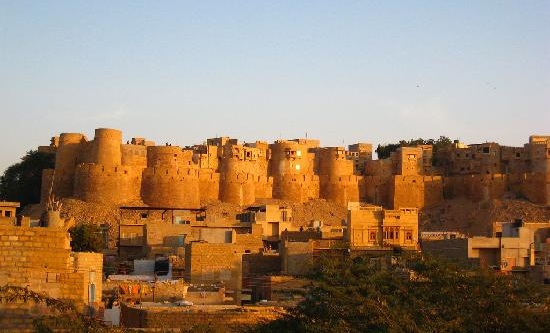 However, Jhansi is known worldwide for Rani Laxmi Bai and the stories of her bravery in rebellion against the British. The Rani Mahal or the Palace of Rani Laxmi Bai, now a museum, preserves historic exhibits and archaeological evidences. The Darbar Hall in the Palace is decorated with beautiful paintings of flamboyant colors. The British damaged a major percentage of the palace during the Sepoy Mutiny in 1857. The Jhansi Fort, part of Bundelkhand history, is located on a hilltop which commands a panoramic view of the city. The museum exhibiting the artifacts of the bygone historic era, is a must see in the Jhansi Fort. 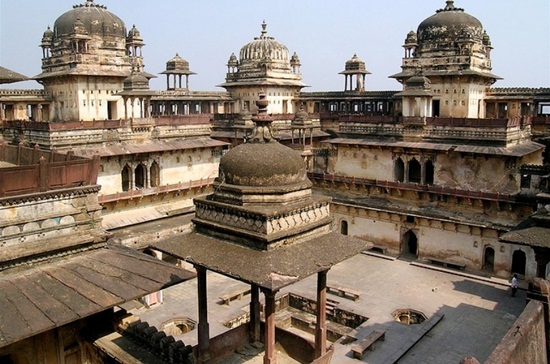 Orchha, once the capital of Bundela Rajputs, is a beautiful small town in Bundelkhand. Founded by King Rudra Pratap Singh on the Betwa River in Madhya Pradesh, Orchha means “hidden” in the language of Bundelkhand. The town was named so because it was hidden in forests before it became a habitat. Orchhat is known for its regal splendor which, though, has faded to some extent over the years. The town tells the stories of historic battles and the mythical legends of Lord Rama. Tughlaqs and Mughal Emperor Shah Jahan had invaded it.

Orchha is the place where Lord Rama is worshipped as a king. The Raj Mahal, one of the tourist attractions of Orchha, was once the seat of the monarchs in the Orchha Fort. The Ram Raj Temple is an exceptional temple built in form of fort architecture. The simple façade of the Raj Mahal is in contrast to the interior adorned with splendid paintings. The motifs, curved on the ceiling and walls, are influenced by the Mughal interior design. Sheesh Mahal in Orchha Fort is a heritage hotel now. 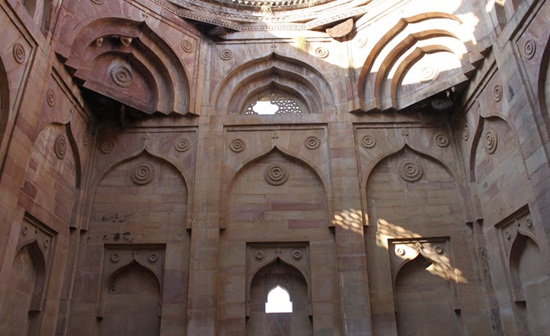 Located between Malwa and Bundelkhand, Chanderi is full of history. Because of its strategic location amidst Gujarat, Malwa, Mewar and Deccan, Chanderi has always been an attraction to tourists and traders. It had captured the imagination of the rulers, kings and emperors of several dynasties. It used to be a prosperous and culturally active zone during the imperial era of Bundelkhand. Apart from the beautiful hilly landscape, Chanderi is known for the magnificent monuments built by the Sultans of Malwa and Bundela Rajputs.

Looming large in the skyline of this historic town is a Mughal Fort. Built in the Mughal period, the fort boasts a height of 200 meters. “Khooni Darwaza” is its main gate. Koshak Mahal in Chanderi is older than the Mughal history of India. It is said to be built by Mahmud Khilji of Malwa in 1445 AD. The Archaeological Museum of Chanderi is a must visit for its impressive collection of sculptures from the different eras of Bundelkhand. 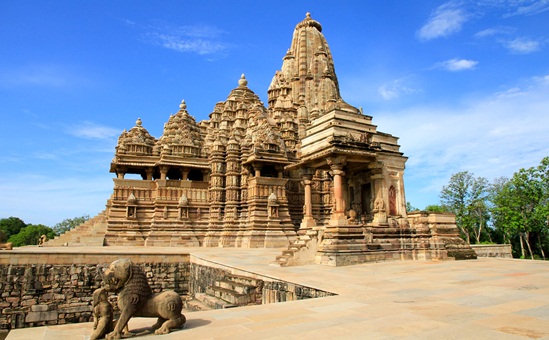 Another popular tourist destination that Bundelkhand is proud of is Khajeraho or Khajuraho in Madhya Pradesh. A UNESCO World Heritage Site, Khajuraho is famous for its temples with rare sculptural work which invokes wonder among visitors. The art and architecture of the temples are rare gifts to the Indian civilization. The temples were constructed in the regime of Chandela Kings who patronized craftsmanship and artistry in their kingdom. The construction of the Khajuraho temples took 100 years from 950 to 1050 A.D.

Indian Eagle, an international travel agent, offers the lowest airfare to let you explore the potential of Indian tourism. Do click your way to IndianEagle.com and see how easy it is to book the cheapest flight online.