It is said that passion knows no bounds. Bengaluru-based Yathaarth Murthy’s passion for singing knows no geographic barriers. A 12-year-old student in the Silicon Valley of India, Yathaarth Murthy has the national anthems of 215 countries at the tip of his tongue. Anthemology is his intense passion for a greater purpose. 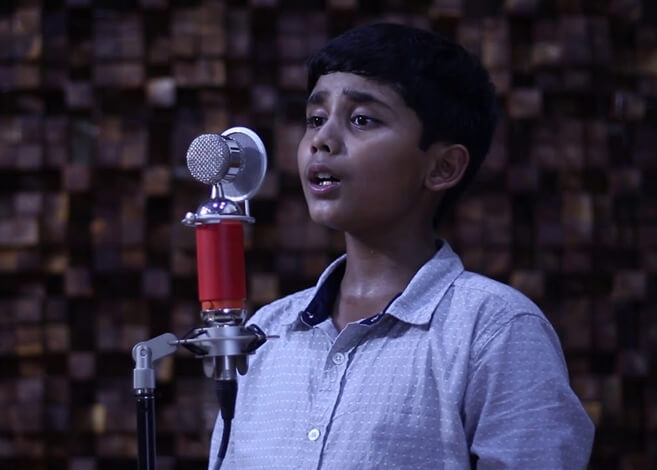 This aspiring anthemologist has showcased his rare talent in different parts of the world, including the United States, the Solomon Islands, Sierra Leone, Saint Lucia, Zimbabwe, Uganda, Trinidad and Tobago, and Vanuatu. Recently, he returned from San Francisco to Bangalore after having spellbound many California Indians with his remarkable endowment at show during his visit to the San Francisco Chronicle in the Bay Area.

Bengaluru-based Yathaarth Murthy is keen on pursuing Anthemology as he believes that this new branch of study helps explore the socio-cultural landscape of the economically disadvantaged countries and make the world aware of their socio-economic problems. He aims to bring to the mass the cultural richness of the lesser-known countries, which is eclipsed by the urban glare of the developed countries.

Practicing music is part of his daily routine. Initially, he learned the national anthems of three countries – Nepal, Sri Lanka and Japan – from his music teacher. When he approached the teacher to make him learn the anthems of other countries including the lesser known nations out of a strong urge to explore the culturally diverse demography of the world, the teacher turned down his pleas. Yathaarth did not give up on it.

Also Check: This Bengaluru Girl has a Planet Named after Her

He believes that the collective message of the national anthems of the countries can be instrumental in promoting world peace. That’s why he wants to travel along the length and breadth of the world, and teach the children of one country to respect the culture of another country.

12-year-old Yathaarth Murthy from Bengaluru made his way to the Limca Book of Records for having sung the national anthems of 112 countries in 2017. He debuted as a TEDx speaker earlier in 2018 and talked about his ongoing journey to accomplish Anthemology at the Bezos Speech in California in April this year.

Now he is looking to enter the Guinness Book of World Records. He also wishes to appear as a guest on “The Ellen DeGeneres Show.”

Travel Beats is an Indian community portal by Indian Eagle, a leading international travel organization. We celebrate the achievements of young Indians across the world and publish the Indian Diaspora news besides sharing updates on air travel, India tourism, US visa and immigration.