The leading ladies of Indian politics are always ahead of their male peers. Sonia Gandhi, President of the Indian National Congress, has already got a temple dedicated to her in Telangana. Tamil Nadu Chief Minister Jayalalithaa was the brand face of relief materials distributed to the victims of Chennai floods. She will soon be immortalized through consecration of a temple in her honor at a whopping cost of INR 50 lakh. Smriti Irani, the HRD Minister, is being referred to as the Goddess Durga of Indian Parliament for her recent fiery speech on the JNU fiasco. Wait! West Bengal Chief Minister Mamata Banerjee does not lag behind them. 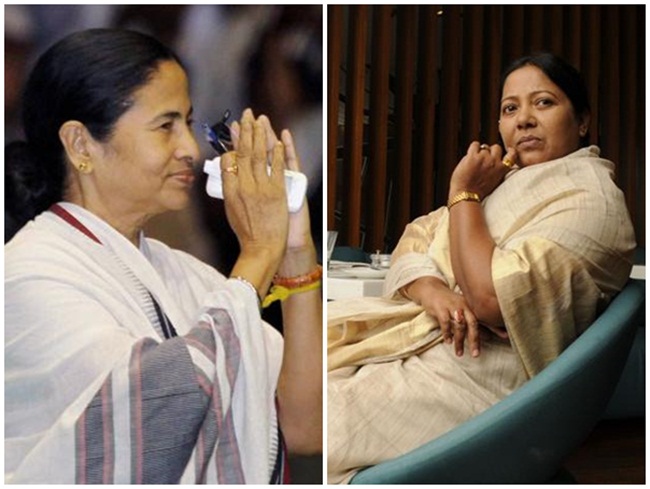 Bengal CM Mamata Banerjee proved to be a dark horse in the race with them. A Bengali film on her life, political career, struggles and triumphs is all set to hit the screens in April 2016. Titled Baghini (Tigress), the film will be released before the upcoming assembly elections in West Bengal to highlight Mamata Banerjee’s leadership, achievements, initiatives and image.

“The film on CM Mamata Banerjee will depict an inspirational story of Bengal’s iron lady from her childhood till historic rise to political power. The film Baghini is aptly titled since she is known for her unflinching determination and straightforward attitude. It is primarily meant to send a message across the nation that any woman of substance like her can reach dizzying heights of power and success in any walk of life,” said director Nehal Dutta during the trailer launch.

The makers of the film Baghini deny any sort of similarity between CM Mamata Banerjee and the protagonist of the film by saying that it is not based on but inspired by her life and career. However, their denial seems to be invalid from the trailer in which the main character resembles Bengal CM in appearance.

Producer Ajitesh Mondal says that neither CM herself nor her party was approached for any inputs during the research. The story, the plot and the character: all are based on the information sourced from different public domains. That’s why he prefers calling it a ‘non-political’ film on women empowerment with an inspirational message for the women of India.

The political career of Mamata Banerjee is full of controversies including her rigid opposition to the construction of Tata Nano’s manufacturing unit in Bengal, her objection to the selection of Pranab Mukherjee for the presidential seat, her diplomatic differences with the ruling party in Center, and likes. However, both the director and the producer deny showing anything controversial in the film Baghini on Bengal CM.

The shooting of the film on CM Mamata Banerjee is almost over. The makers plan to hold a special screening for the CM and her party before its public release in April.