“We need to provide educational opportunities to the bright minds born in underprivileged backgrounds as we firmly believe that education has the power to not only uplift individuals, but also transform communities, nations, and the future of our planet. Education is the only reliable way out of poverty. We are on the mission to help disadvantaged children become world-class professionals and great humans so they could become a beacon of hope for their community and millions of other underprivileged children,” said Dr Amit Singhal who co-founded Sitare Foundation with his wife, Shilpa Singhal. 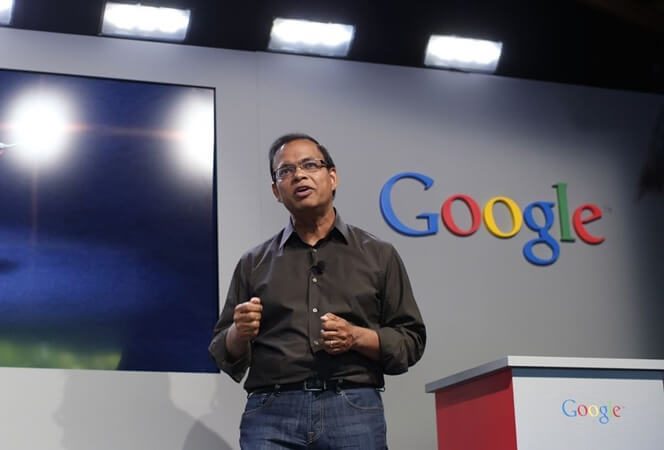 With a PhD degree and 4 years of work experience in information retrieval, Dr Amit Singhal had joined Google at its nascent stage in 2000. After a few days into the job, he found the code sloppy that the founders of Google had developed and rewrote the algorithms in only two months. His rewriting of Google algorithms was an overhaul to the speed of ranking and the relevance of search results, for which he was named a Google fellow, an honor worth millions of dollars. He was also nicknamed ‘King of the Ranking’ at the Google campus in San Francisco Bay Area.

In 2016, Amit Singhal quit his executive-level Google career of 15 years to give back to the community. When he became Senior Vice President for Search at Google in California, he asked himself, “What would you want to do for the next fifteen years?” He heard from within himself, “Give back to others. My life from a small Himalayan town to Google has been a dream journey. Now my priority should be to give back to people who are less fortunate.”

Amit, a PhD alumnus of Cornwell University, and Shilpa, a physicist from the State University of New York, came to India for a bigger and greater cause. They founded Sitare Foundation, a bootstrapped NGO in Rajasthan, with the sole aim of transforming the lives of meritorious students from low-income, minority households with quality education and opportunities for higher studies. At Sitare Foundation, Amit and Shilpa fund education of the brightest minds from middle school in India to prestigious universities in the United States.

Sitare Foundation started with 250 registrations in its founding year, 2016 and received more than 50,000 applications for its merit-based entrance test in 2021. The NGO handpicks the most promising students from families with a hand-to-mouth existence through an aptitude test every year. They are further examined through a comprehensive evaluation process at a free, two-week camp. Out of the nearly 75,000 applications received for the entrance test 2022, 100 students have been selected. With its growing presence in five cities across India, Sitare Foundation has partnered with private schools where they will be schooled from 6th grade to the grade 12 for free.

Their emotional health and social wellbeing are also taken care of by Shilpa and Amit Singhal at Sitare Foundation. “All our energy goes into ensuring we transform 50,000 lives through education by 2050. Besides education, we support them with food, clothing, books, school supplies, and transportation. Additionally, we have a fully residential program for students to focus on their college admissions. We spend on an average $2000 per student every year from our life savings,” said Amit.

“Where I am today is only because of education,” says Amit with beaming eyes. His great-grandfather had never been to school and used to run a small bicycle repair shop, but he gave education to his son (Amit’s grandfather) and helped him become a school teacher. Amit’s grandfather sent his son to IIT Roorkee where Amit’s father studied civil engineering. Amit is the first in his family to have earned a PhD and that too in the US. “The only thing every generation gave the next generation was education, no money,” he reminisces.

Bearing a testimony to the success of Dr Amit Singhal’s Sitare Foundation is 17-year-old Kusum Chaudhary, who is all set to travel to the US and study a 4-year computer science program at Maryland University. She had an uncertain future in one of the narrow lanes of Jodhpur unless she was selected by Sitare Foundation. Farming is the only means of sustenance for her family that does not have land of their own. If she were not able to earn Sitare Foundation’s scholarship, she would have dropped out of school.

Shilpa and Amit Singhal’s philanthropic journey has not been without challenges. Students’ family background has been a deterrent to their parents’ wish to send their children to school. Especially, the obligations for girls to help their mothers with household chores, look after their younger siblings when both of their parents are at work, and supplement the family income by working in the field keep them away from school. Early marriage of girls is another reason for them to drop out of school in rural backwaters, and this social issue has been a big challenge for Sitare Foundation.

This inspiring story of philanthropy is brought to you by Travel Beats, an overseas Indian community portal by Indian Eagle. A reputed air-ticketing partner of Indians in USA, Indian Eagle is committed to making you travel with cost-to-cost flight tickets to India from USA even though international airfares are incredibly high these days.