With the beginning of 2015, international airlines have begun to revise their inflight services including meals and entertainment in a bid to woo customers for the rest of the New Year. All Nippon Airways has joined the league of Qatar Airways, Jet Airways and Cathay Pacific Airways by having proposed to introduce a new inflight entertainment system with more engaging content. 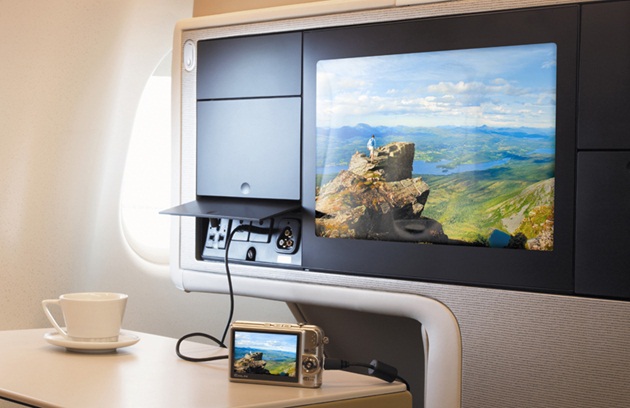 ANA has unveiled the plan to roll out the IFE system in February this year, with as many as 351 channels which will air a huge range of diverse content. A large part of the inflight entertainment content consists of international films and television series to suit different tastes of customers. According to All Nippon Airways, the IFE content will be increased by 40% this year. It is a huge difference in comparison to the number of channels and programs on board in 2009.

Of the expected 351 channels, some 52 channels will be airing the latest films from Hollywood and the rest of the world. 142 channels will display audio-visual content in different categories including sports, music, news, comedy shows, TV series, and programs for young travelers. For audio entertainment, the new IFE system will integrate as many as 148 channels which will run music programs of different genres such as popular, classic and traditional Japanese. Nice dedicated gaming channels will be available too.

Linguistically diverse content is expected to be the biggest draw of ANA’s upcoming inflight entertainment system. About 70% of the entertainment programs on board will be screened in 13 different languages including Japanese, English, Hindi, Chinese, French, Spanish, Italian, German, Thai, Portuguese and Tagalog.