On January 24 in 1966, the young India (post-independence) was preparing for the Republic Day celebration. It was a most fateful day for both the nation and its national carrier, Air India. The fatal accident of Air India Flight 101 at Mont Blanc in France, killing 11 crew members and all 106 passengers including Dr. Homi Jehangir Bhabha on board, reduced the enthusiasm and excitement towards organizing the celebrations into grief and bereavement across the country.

After its image was rebranded for the western markets in the beginning of the 1960s, Air India was operating in full glory. Bombay to London and London to New York were the most popular routes in the network of Air India flights then. Unaware of its tragic fate on January 24 in 1966, Air India Flight 101 using a Boeing 707 named Kanchenjunga took off from Bombay for London via Delhi, had two scheduled stops – Beirut and Geneva. 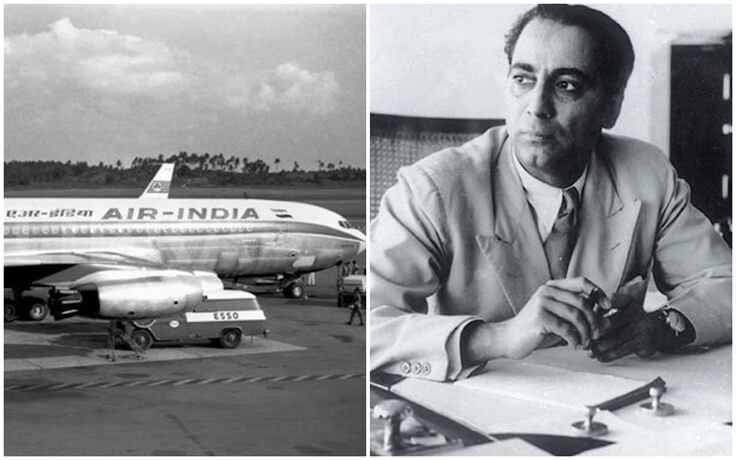 At Flight Level 190, the AI Kanchenjunga was supposed to descend for Geneva International Airport after passing Mont Blanc in the French Alps. The pilot, under the impression that he passed Mont Blanc, steered the aircraft to descend and ended up crashing the aircraft at the 15,584-ft elevation of the Mont Blanc Massif. A miscalculation by the pilot in determining the aircraft’s position while passing by Mont Blanc – which was mainly due to a communication error between the pilot and the radar controller – had caused the tragedy of Air India Flight 101, according to the report by India’s inquiry commission.

The pilot-in-command of Air India Kanchenjunga, en route to Geneva from Beirut, knew that one of the VORs was not working. Very High Frequency (VHF) Omni-directional Range (VOR) is a type of short range radio navigation system for aircraft to determine its position on receiving radio signals. As a result, the pilot miscalculated the aircraft’s position in relation to Mont Blanc and communicated his calculation of the position to the radar controller. On finding it an error, the controller determined the right position and sent a message to the pilot who misunderstood the ‘correction’ message.

Surprisingly, a similar mishap at the same place had reduced Air India Flight 245 into dusts on November 3 in 1950. The way both the aircraft – Malabar Princes in 1950 and Kanchenjunga in 1966 – were destroyed killing everyone aboard, has led to several conspiracy theories relating to the death of Dr. Homi Bhabha, the Chairman of the Indian Atomic Energy Commission.

Just two months before Air India’s Mont Blanc crash in 1966, Dr. Bhabha made an announcement on All India Radio that they would make atom bombs to establish India as a nuclear power within 18 months. Dr. Homi Bhabha was the father of India’s nuclear program. Some historians suspect the crash of Air India Flight 101 as a conspiracy for the accidental death of Dr. Bhabha. It was preceded by the suspicious death of Lal Bahadur Shastri, the second Prime Minister of India, on January 11, 1966 in Tashkent.

Hence, January 24 is etched as an ill-fated day in the history of Air India and a day of grief for the demise of Dr. Homi Bhabha in the annals of India. In August 2019, Prime Minister unveiled a monument dedicated to the victims of Air India Malabar Princess in 1950 and Air India Kanchenjunga in 1966.