Home / Features / He Journeys from Fighting in the 1971 War to Launching India’s First Low-cost Airline: An Incredible Story

At the 68th National Film Awards, Soorarai Pottru has won five awards including Best Feature Film, Best Actor, Best Actress, Best Director, and Best Screenplay. Directed by Sudha Kongara Prasad, Soorarai Pottru is a celluloid adaptation of the autobiography titled Simply Fly, which tells the story of Captain G R Iyengar Gopinath, the founder of Air Deccan, and his journey from riding a bullock cart to pioneering India’s low-cost aviation for millions of middle-class travelers. Available in the Academy Screening Room, the movie entered the race for the Oscars 2021 under the general category. 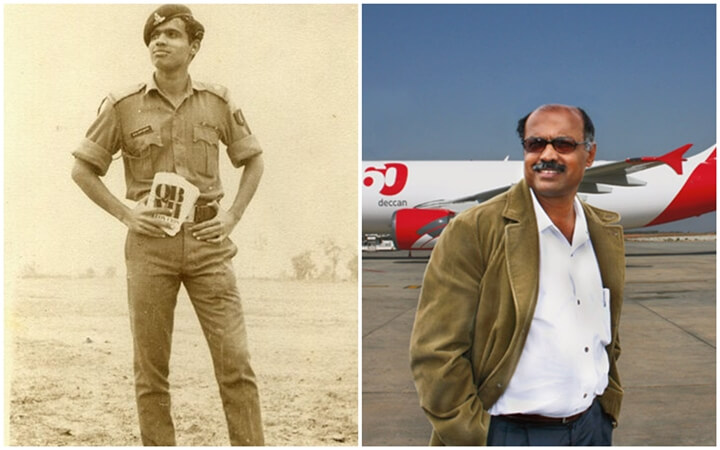 Captain Gorur Ramaswamy Iyengar Gopinath’s life is an inspiring rags-to-riches story originating in a humble background to culminating at a stupendous height of 30,000 feet. When the middle-class Indian travelers started dreaming of flying in the era of economic liberalization that the Internet boom had brought in, G R Gopinath came forward to fulfill their dream. He laid the foundation of low-cost air travel in India and brought them within the ambit of what people from the upper reaches of economy were enjoying. Thus, Air Deccan – India’s first low-cost airline – was born in August 2003.

Before other Indian low-cost carriers – IndiGo and SpiceJet – took to the skies, G R Gopinath’s Air Deccan had grown from two aircraft to a fleet of nearly 50 aircraft in 2005. It became India’s second largest airline in 2007 serving 55 destinations from seven base airports including its main hub, Bangalore. The way Air Deccan gained momentum across the economically diverse landscape of the country in just three years of its inception pioneered the emergence of other carriers in India’s low-cost air travel market which was at its nascent stage back then.

G R Gopinath’s humble origin and upbringing in a remote village in Karnataka seems to have nurtured his vision of the present-day India where people even from the lower middle class can afford domestic air travel. Once he said,

“It is not the elite that I consider as my customers. It is the humble cleaning women of my office, the auto-rickshaw driver and other such people that we would like to cater to. We want them to dream that they too can fly, and we want to make that dream happen.”

G R Gopinath was homeschooled for the first few years by his father, a school teacher and a novelist, who was under the impression that schools were an institutional system of regimentation. When he was 10 years old in 1962, he was directly enrolled into 5th grade at the Sainik School in Bijapur district of Karnataka, which the government of India had established to help boys prepare to join the armed forces.

He appeared for the National Defence Academy (NDA) exams and cleared it. On successful graduation from the Indian Military Academy, he was inducted into the Indian Army. He served in the Indian Army for 8 years. The high noon of his service to the nation was when he fought in the 1971 Liberation War against Pakistan. When he was 28, he took voluntary retirement from the army. He found his calling as an aviation entrepreneur after he got his hands dirty in a number of business ventures, including dairy farming, poultry farming, sericulture consulting, bike dealing, and stockbroking.

In 1996, Captain G R Gopinath launched Deccan Aviation, his first entrepreneurial venture in the domestic aviation sector, at the age of 45. Deccan Aviation was a chartered helicopter service to VIPs including celebs and politicians.

Early in the first decade of the 21st century, flying was nothing but a dream to the middle class in India due to the exorbitant airfares that only people from the upper echelons of the then booming economy could afford. With an initial investment of INR 5 crore, including his life savings and loans from some friends, he launched Air Deccan ushering in a new era of cheap flight tickets and lending wings to the middle class.

Taking a leaf out of Southwest Airlines, the world’s largest low-cost carrier in the USA, Air Deccan went on to become instrumental in the rise of economy class travelers across India. Air Deccan flights were nearly 30% cheaper than Air India flights in the domestic market, and the economy class fare was equal to or less than the cost of first class train tickets. Providing connectivity to underserved airports across the country was a deliberate strategy for customer acquisition in the markets with low competition.

The emergence of other low-cost carriers including IndiGo gave stiff competition to Air Deccan and incurred hefty losses to G R Gopinath. In order to keep the airline afloat, Gopinath sold 26% stake in his parent company – Deccan Aviation – to liquor baron Vijay Mallya in 2007. Later, Air Deccan was merged with Vijay Mallya’s Kingfisher Airlines and renamed Kingfisher Red. With the downfall of Kingfisher Airlines in 2013, India’s first budget carrier that gave wings to the rise of economy travelers went out of existence.

One thought on “He Journeys from Fighting in the 1971 War to Launching India’s First Low-cost Airline: An Incredible Story”