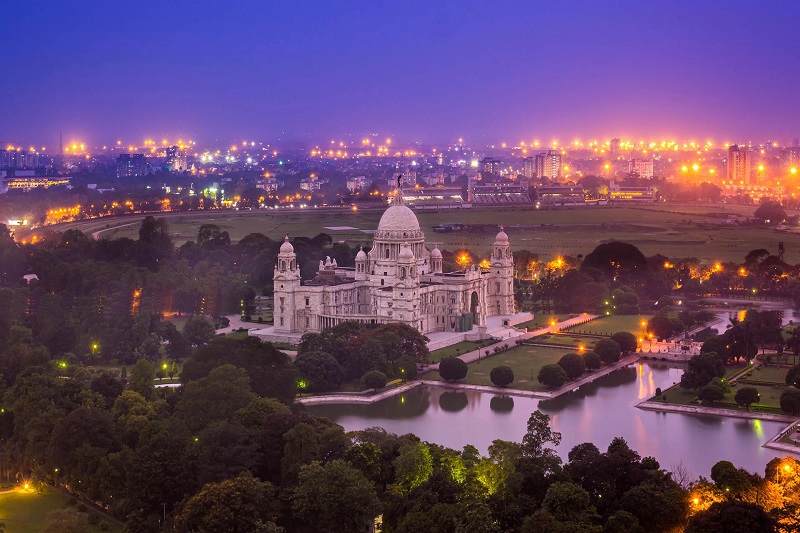 Kolkata is one of the most cosmopolitan cities of India that needs to be included in your bucket list of Indian cities to visit. Kolkata, the bustling capital of the eastern state of West Bengal in India is best known among tourists for the great engineering marvel-Howrah Bridge that connects the twin cities of Howrah and Kolkata.

The Howrah Bridge is undeniably the numero uno of all the attractions in Kolkata but there is so much more to Kolkata than just the Howrah Bridge. Have your eyes glued to our little travel guide to Kolkata to gain a good insight into the city of joy, covering aspects like the best landmarks to visit, best restaurants for fine dining, and other useful travel information related to Kolkata.

What is Kolkata best known for?

Besides the Howrah Bridge, Kolkata is famous on the international radar for its delectable Bengali cuisine, Bengali sweets, Bengali Sarees, and most revered personalities including Rabindranath Tagore, Mother Teresa and the noble laureate Amartya Sen. The slogan of Kolkata Tourism is “City of Joy” and it truly lives up to it.

Interestingly, some of the historical facts about Kolkata are also the lesser known facts of Kolkata and are sure to amaze you- The British made Kolkata the center for the colonial rule in India that lasted for 200 years, Kolkata was the capital of India between the years 1772 to 1911 under the British rule and was also the capital of Bangladesh between the years 1912 to 1947.

There is no better way to experience a new place than tasting its delicious local foods. The Bengali cuisine is characterized by a sweet taste through the use of sweet spices like dry fruits and this is strong a Persian influence from the Mughal kings who once ruled Kolkata. The Delish local foods of Kolkata are endless but the must-tastes are

Our top picks for the best Bengali and Indian food joints are Kusum Rolls, Bhojohori Manna, and Sher-e-Punjab. For street food in Kolkata, we suggest visiting Deckers Lane and New Market which are filled with street stalls selling all kinds of Bengali delicacies at throw-away prices. No trip to Kolkata is complete without tasting the local foods of Bengal.

While there are many ways to reach Kolkata for the locales including the popular bus, train and private car modes, we highly recommend taking a flight to Kolkata which simplifies the accessibility of Kolkata for people from far-off places. International travellers from the United States can have their cheap flights to Kolkata booked on Indian Eagle. If you are flying to Kolkata, you will be landing at Netaji Subash Chandra Bose International Airport (CCU) located at Dum Dum in West Bengal, about 17 km from the city center of Kolkata.

How to get around Kolkata

Kolkata has good road connectivity backed by excellent public transportation modes of bus, taxi, metro, autos, and trams. You could also hire a private car or a bicycle to get around the city to bring out the adventurer in you. We highly recommend using a combination of all the modes for getting the best of everything. Taxis in Kolkata are the classic Ambassador cars like in Mumbai city and they are all metered-taxis and usually, in most cases, the taxi drivers in Kolkata very rarely turn the meters on and they try to charge customers exorbitant amounts for the rides. A better alternative to taxis is using the Ola and Uber cab rides which are a lot cheaper and can only be pre-booked from the respective Apps through the mobile phones linked to a local number.

Now that you have read our travel guide to Kolkata, it’s about time you planned for a trip to Kolkata to get mesmerized by its attractions. Just in case you have an emergency travel plan to Kolkata, don’t fret, Indian Eagle also offers cheap last-minute flights to Kolkata at affordable fares. 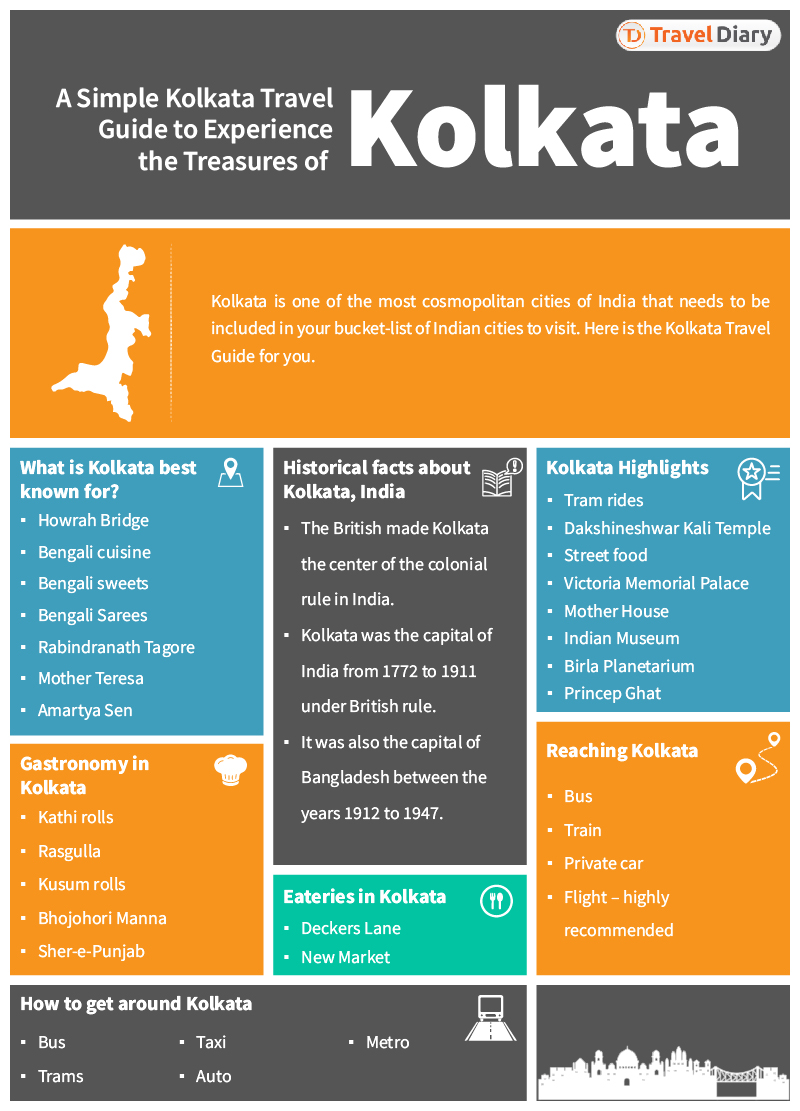