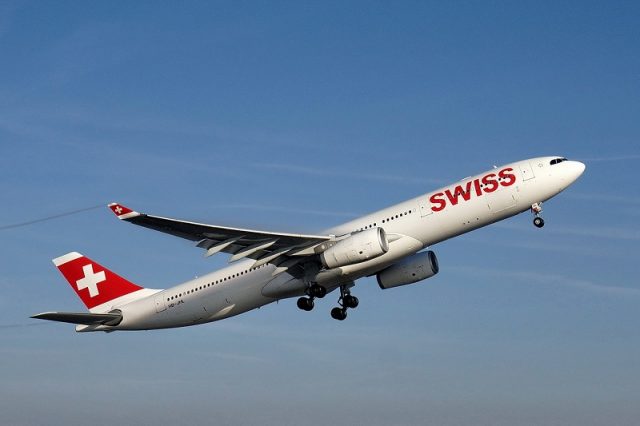 Swiss International Air Lines (LX) has consistently won the honor of being Europe’s Leading Airline – Business Class at the World Travel Awards from years 2011 to 2016 proving its worth as one of the best in the world. Popularly called SWISS, Switzerland’s flag carrier and national airline was formed after former airline Swissair was declared bankrupt in 2002. Zurich Airport serves as the airline’s major hub from where it serves destinations spread across continents of Europe, Asia, Africa, and the Americas. It also has flight operations out of Geneva Airport.

Swiss International Air Lines (LX) started flight operations in March 2002 after the previous airline Swissair was declared bankrupt. After recovering losses it initially faces, SWISS airlines soon became one of the best ones in the world. Swiss European Air Lines is a regional subsidiary that’s been set up by SWISS airlines. Swiss International Air Lines (LX) is a subsidiary of the powerful and famed Lufthansa Group in addition to being a Star Alliance member. In the year 2008, the airline acquired Servair and Edelweiss Air. SWISS flights to India are among the most in-demand ones and you will find the cheapest of these with Indian Eagle travel agency.

Swiss International Air Lines (LX) has a fleet of 90 aircraft which comprises a mixture of Airbus and Boeing models. SWISS carries approximately 17 million passengers every single year on its aircraft providing top-notch services. Featuring posh cabin interiors, Swiss International Air Lines (LX) operates some of the best aircraft in the world. As mentioned earlier, having bagged so many awards for business class travel, SWISS airlines reviews have all been positive when it comes to inflight services.

SWISS First Class passengers enjoy priority boarding, higher baggage limits, extra miles for members, and other amenities. SWISS Business Class flights have proven they are the best in the world by bagging awards consistently at the World Travel Awards. Expect to enjoy exclusive service, extra space, seats that convert into lie-flat beds, plenty of baggage permit, and fine dining among other things. SWISS Economy Class offers comforts of its own. Passengers are provided adjustable headrests, various meal choices, excellent entertainment, and easy check-in among other things.

LX Swiss International Air Lines offers the best inflight entertainment to passengers in all travel classes. You have the option to choose from over 140 movies, scores of TV shows, award-winning documentaries, popular TV series, and countless music channels. There’s a SWISS kids music channel as well apart from a wide range of cartoons, games and other programs for little ones on board.

Passengers of Swiss International Air Lines (LX) enjoy extensive choices when it comes to dining on board. Choose from over six special meals on board and you can also enjoy some of the most delicious dishes courtesy top chefs on SWISS business class flights. Swiss International Air Lines also offer meals according to a passenger’s dietary requirements. You can also request a surprise meal for someone and they will be served chocolates or Champagne.

This is one of the best services offered by Swiss International Air Lines (LX). SWISS apps allow travelers to book cheap flights using nothing but a simple credit card scanner. Over the app, you can keep track of your SWISS reservations and get boarding pass so you can board the airplane paperless. You can get all your flight information at one glance in addition to advance seat selection benefit.

There are catalogs offered by Swiss International Air Lines (LX) on board which you can use for duty free shopping of amazing items. All items are of reputed brands and you can buy best quality Swiss chocolates, perfumes, exclusive watches, and beauty products among other things.

Passengers of Swiss International Air Lines (LX) traveling in a group have the option to book about 40 seats at a time for group travel. For an exclusive trip, there is also the option to charter an entire airplane. SWISS regularly makes such arrangements for companies and other groups.

SWISS Economy Class allows one carry-on baggage item weighing up to 8 kg while SWISS First and Business Class allow two carry-on baggage items also weighing 8 kg each. Additionally, a small collapsible pushchair is allowed in all travel classes for those traveling with kids. Check the airline’s website for details on checked baggage, excess baggage, lost baggage, and prohibited items among other things.