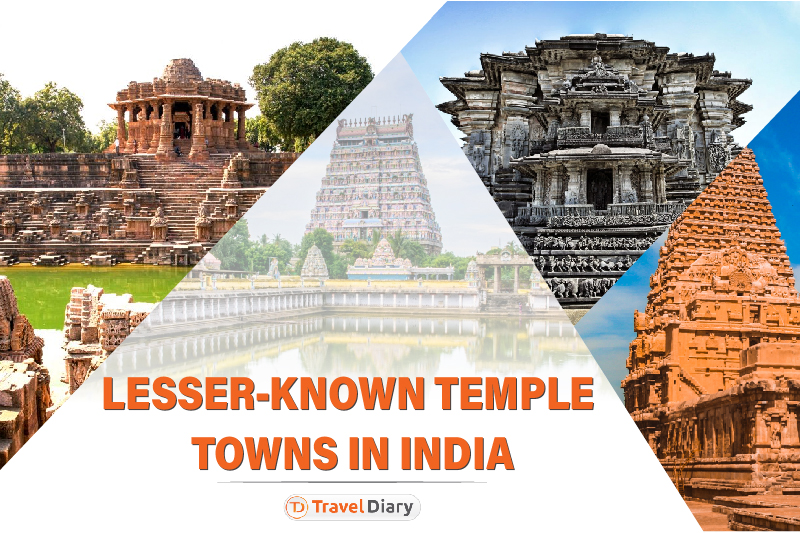 The ancient land of India, where Hinduism (believed to be the world’s oldest religion) took birth, is known for its several temples that exude magnificence and spirituality. Did you know that there are more than 2 million temples in India? When it is about a pilgrimage in this country, many tend to think about Char Dham Yatra, Amarnath Yatra, Kumbh Mela, Rath Yatra, and Kailash-Mansarovar Yatra among others. These are the kind that fall on specific dates and in specific seasons, according to Panchanga and Hindu Calendar. And then there are temple towns, which travelers can visit any time of the year. While established temple towns like Varanasi, Madurai, Pushkar, Tirupati, Rameswaram, Shirdi, Somnath, Dwarka, etc. have always invited pilgrims from across the world in hordes, here is a list of some of the lesser-known temple towns in India for your next pilgrimage holiday. 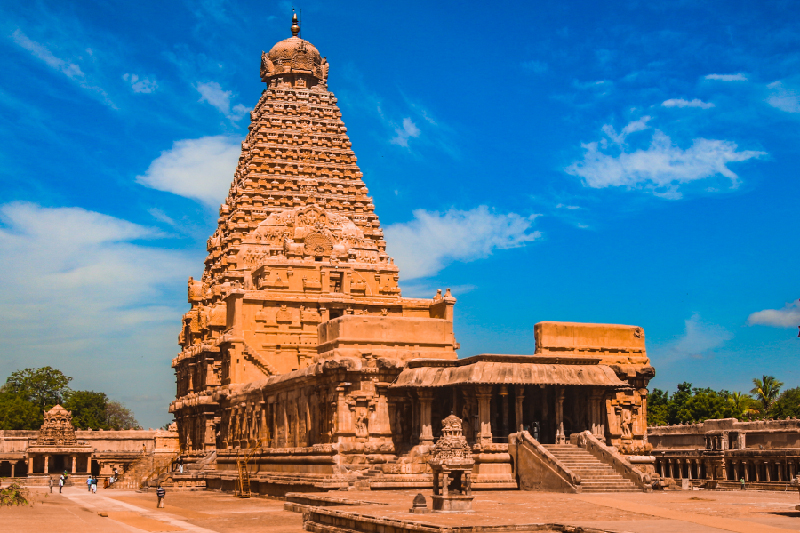 The south Indian state of Tamil Nadu is known for its breathtaking Dravidian temples and hence, is often referred to as the ‘Land of Temples’. The Great Living Chola Temples, listed among UNESCO World Heritage Sites, are located in and around Thanjavur. This city was the former capital of the Chola Empire, and it was during their rule that Dravidian art and architecture flourished and reached new heights.

This can be sensed when you explore Brihadeeswarar Temple, situated on the southern bank of the Cauvery River. Although this millennia-old temple built out of stone is dedicated to Lord Shiva, it can be seen that the sculptures, carvings, and inscriptions on this temple pay tribute to Shaivism, Vaishnavism, and Shaktism. 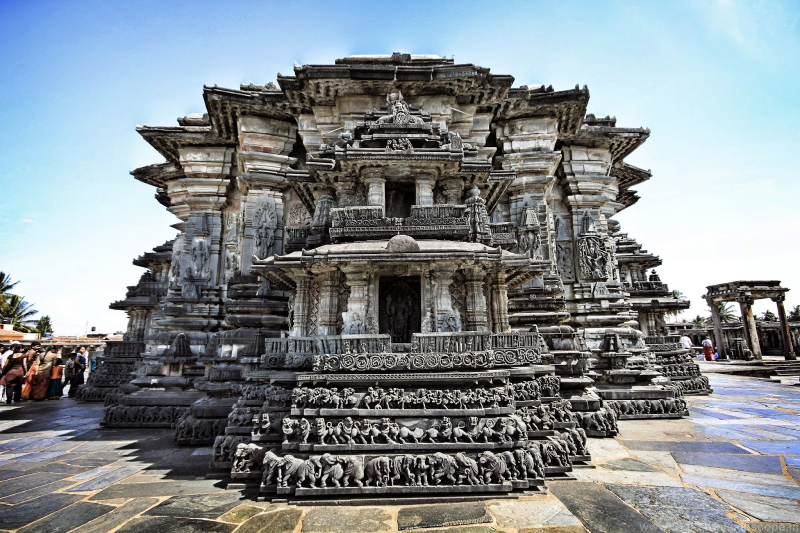 Home to several ancient Hindu and Jain temples constructed in spellbinding Hoysala architecture, Halebidu and Belur are two of the lesser-known temple towns in India that truly deserve much more recognition than what they receive now. They are situated in the Hassan district of Karnataka, 19 km apart from each other.

Belur’s Chennakeshava Temple and Halebidu’s Hoysaleshwara and Kedareshwara Temples are the star attractions of these twin temple towns. Considered some of the finest examples of Hoysala architecture, the fine sculptures and detailed carvings on the temple beautifully portray scenes from Hindu epics including the Ramayana, Mahabharata and Bhagavata Purana. 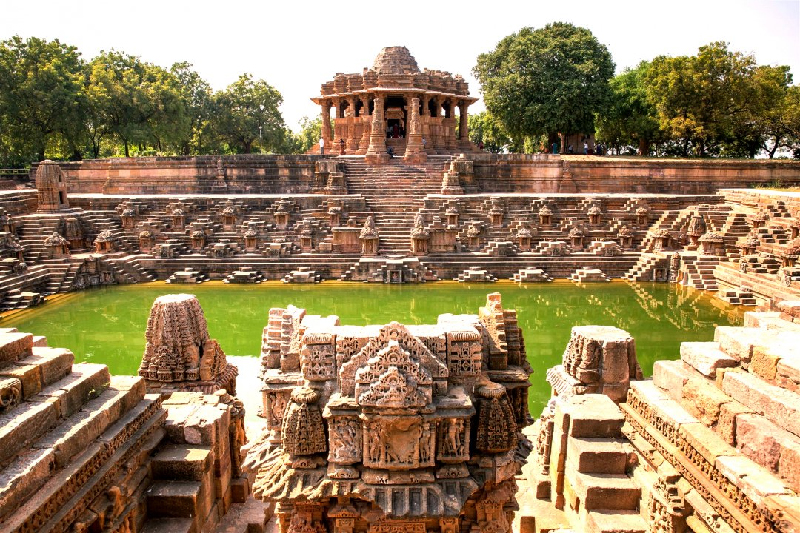 Modhera is a small village situated in the Mehsana district of Gujarat. This place is where you would find one of the two sun temples in India dedicated to Surya Deva, the Sun God. Modhera Sun Temple might not be as famous as Konark Sun Temple, but it is distinguished for its impressive Chalukya style of architecture. The vast temple complex consists of the Guda Mandap, sanctum sanctorum; the Sabha Mandap, an exquisitely sculpted assembly hall; and the Surya Kund, a stepped tank with several smaller shrines.

The entire temple is adorned with intricate carvings of Gods, Goddesses, musicians, and figures representing the different stages of human life and the perfection with which this is done will leave you in awe! Modhera temple is an ASI-protected monument. Unlike other temples in India, there is no ritual of daily prayers here. 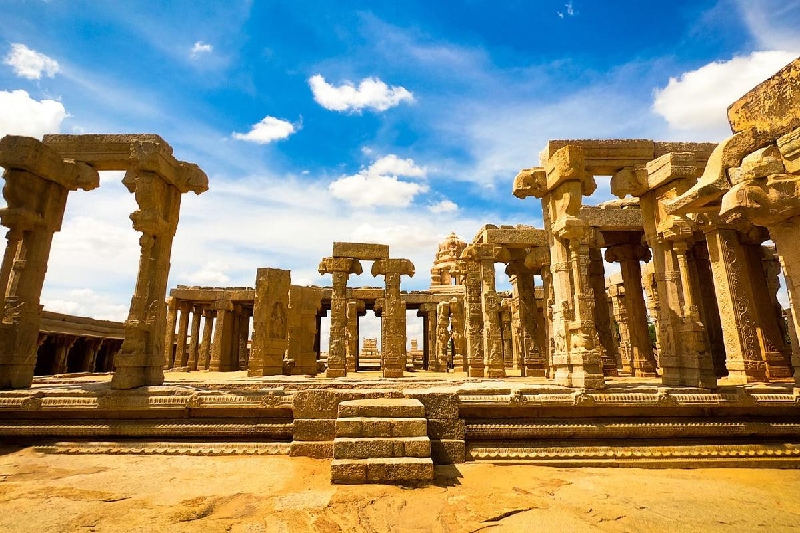 Located in the Anantapur district, Lepakshi is a tiny hamlet steeped in history and mythology. It has many temples dedicated to Lord Vishnu and Lord Shiva, but the most famous of them all is the Veerabhadra Temple. The fierce Veerabhadra avatar of Lord Shiva is worshiped at this temple, which is also called Lepakshi Temple. With richly engraved exterior and interiors, fresco paintings, and murals adorning its walls; this temple exemplifies the grandeur of Vijayanagara architecture. The temple complex also features a massive Nandi, carved out of a single granite stone.

Another attraction that enchants visitors is its hanging pillar. This mysterious pillar has no visible contact with the ground and hangs from the ceiling. Cannot believe this? The next time you fly to India for a religious tour, do visit this temple and find this out yourself by passing a piece of cloth in the gap between the base of the pillar and the floor. Most visitors try this out, while others gape in surprise at how the cloth passed from one side of the pillar comes out from the other side. 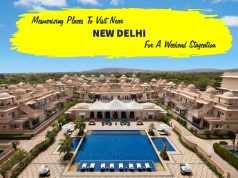 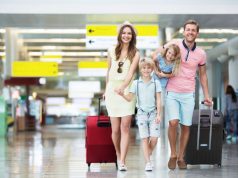 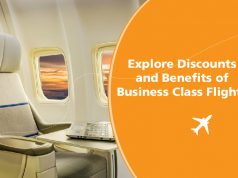 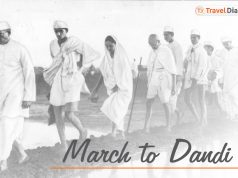