Air France (AF) bagged the distinguished title of Europe’s Leading Airline Economy Class in the year 2015 at the World Travel Awards. Flag carrier of France, the airline is a subsidiary of the reputed group of Air France-KLM. The airline is among the best in the world serving a number of global destinations on a regular basis. Air France is also credited as being one of the founding members of international airline alliance SkyTeam. The major hub of the airline is at Charles de Gaulle Airport.

A brief history of Air France

Air France (AF) was the result of a merger of multiple establishments in the year 1933. The airline played a vital role during the Cold War period and was one of the major three Allied scheduled airlines. Before Air France merged with KLM it served, for about seven decades, as the primary flag carrier of the nation of France. The airline is today one of the best ever serving a vast number of domestic and world destinations. It is known widely for its world-class service and facilities managing to turn one-time flyers into regular customers.

International airline Air France (AF) serves 168 destinations spread across 93 countries in the world on a regular basis. On the list of destinations the airline serves, 36 of them are domestic ones. Air France serves these destinations together with its various franchises and subsidiaries. Air France flights to India are highly in demand and you can book the cheapest of these with Indian Eagle travel agency. You will also find cheap Air France flights to USA with them. The airline has codeshare agreements with international airlines such as Aeroflot, Alaska Airlines, Delta Air Lines, Etihad Airways, and Singapore Airlines among several others.

Air France (AF) fleet consists of various models of Airbus and Boeing aircraft. The airplanes are fitted with some of the best and poshest interiors to make flight journey as comfortable as possible for passengers. While the aircraft has been equipped with multiple comfort facilities, Air France (AF) has plans to make further improvements in their cabins sometime in the future. So travelers on Air France flights can look forward to even better facilities in future.

The lounges of Air France (AF) are known as Le Salon. These are accessible to passengers of all except the Economy Class. You can also access them if you happen to be a member of its flying program or an Elite plus member. International airports on all inhabited continents have Air France lounges that passengers who meet the above-mentioned criteria can access.

On all aircraft meant for long haul journeys, Air France (AF) offers an incredible entertainment system known as Audio Video On Demand (AVOD). Passengers can enjoy a vast variety of games, video shows, audio, and music. For those who prefer to read on board, the airline offers Air France Magazine. It also offers Wi-Fi connectivity through which passengers can access the internet via smartphones, laptops, or tablets.

This is the frequent flyer program of the airline which rewards passengers with points for their travel miles taking into consideration the class of travel as well. The program is divided into various levels and once you enroll, you enter into the most basic level. Visit the airline’s website for more details on this.

Air France (AF) offers on-board meal services depending on flight duration, timings, destination, and travel class. Passengers will be served snacks, breakfast, lunch or dinner based on the above factors. Passengers are also offered a wide choice of beverages. A la Carte meals can be purchased on most long haul Premium Economy as well as Economy Class flights.

This is one of the best services offered by Air France (AF). The program is designed to assist in every possible way passengers with mobility issues who need special assistance. The airline staff will assist such passengers prior to and after their flight. For details on this service, check the airline’s website.

Air France (AF) allows you to transport valuables in your carry-on baggage. If you’re traveling with infants, you are permitted to carry one additional piece of baggage on board. There are other rules for checked baggage such as baggage weight that exceeds 32 kg requires prior permission, excess baggage fee structure, and special baggage, etc. You can scan the airline’s website for details on baggage allowance depending on your flight type and class. You will also find information on what you should do in case your baggage is missing. 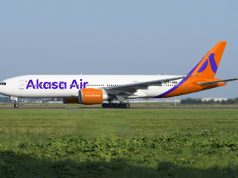 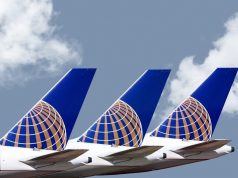 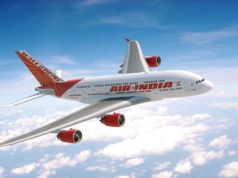 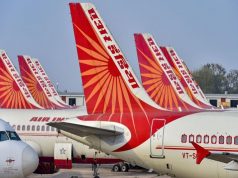