Home / News / 32-year-old Indian Man appears as 81-year-old to Take Flight to USA from Delhi. No One Knows Why

Netizens are wondering whether it is easy for octogenarians of foreign nationalities to enter the United States despite President Trump’s hard stance on immigration and visa issuance, as a 32-year-old man dressed up as an 81-year-old and wore a fake identity to leave for the USA from Delhi’s Indira Gandhi International Airport last Sunday.

Originally named Jayesh Patel, the man from Ahmedabad disguised as an 81-year-old Amrik Singh with grey hair, white beard, a turban and a pair of glasses and arrived sitting in a wheelchair at the security check for an Air India flight to New York from New Delhi. He faked not only his appearance and name but also the passport which had 1938 as his year of birth. 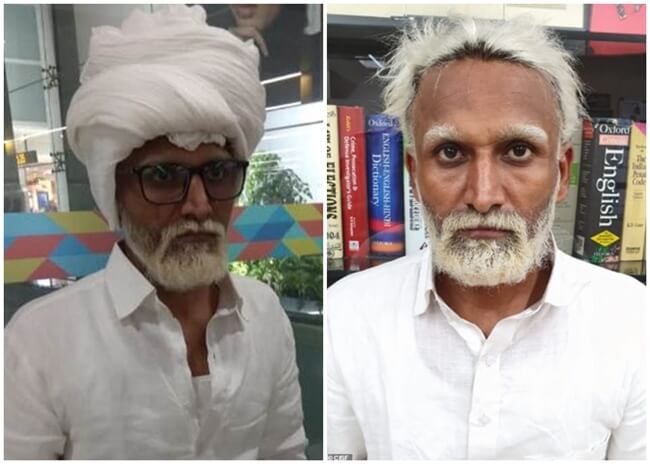 Though Jayesh Patel was able to make his way from the airport entry gate to the security check with the persona of a senile old man, he could not throw dirt into the eyes of the CISF personnel. His youthful skin texture and voice in contrast with his appearance and the date of birth raised suspicion about him. The suspicion deepened when he was trying to avoid eye contact with sub-inspector Rajveer Singh during an interaction with the latter.

Besides, he refused to stand on the podium for frisking during the security check, pretending to be too old to leave the wheelchair. On close observation, a CISF staff and sub-inspector Rajveer Singh noticed that his hair and beard were dyed, and that he was wearing zero power glasses to hide his age. Evidently, it raised a red flag about his identity and intentions.

32-year-old Jayesh Patel from Ahmadabad, under the counterfeit guise of 81-year-old Amrik Singh, was taken aside and interrogated. Before he could board the Air India flight to New York, he was handed over to the Delhi police on the charge of impersonation. However, there is still no clue about his real intentions behind the disguise.