We are glad to announce the winners and runners-up of Travel Beats Short Story Writing Contest 2016 hosted by IndianEagle in association with Qatar Airways for young Indian Americans. The lucky winners of grand prizes – free tickets for round trip to India on Qatar Airways flights from USA – are Ritvik Reddy Annadi from Falls Church in Virginia and Evanka Annyapu from Madison in Wisconsin. Kavin Jayavel Kumaresan from Alpharetta in Georgia and Shweta Nanda from West Chester in Pennsylvania are the runners-up of the contest.

The contest was divided between two groups of young Indian Americans: Group 1 comprising 6th, 7th and 8th grades, and Group 2 including 9th, 10th, 11th and 12th. The participants of each group had the liberty to choose one topic out of three related to India. Each group was given a different set of topics. IndianEagle, a leading travel partner of Indians in USA, aimed the contest to connect the first-generation young Indian Americans with India at Travel Beats, a portal for the Indian community in USA.

Ritvik Reddy Annadi with his parents in Virginia

One of the four selected stories is that of Ritvik Reddy’s last visit to India, titled “A Machine, Marriage and Adventure.” An 8th grader of Luther Jackson Middle School in Fairfax, Ritvik has given a nostalgic account of his trip to Hyderabad City, its tourist attractions and an Indian wedding there. Reading, drawing and playing football are his hobbies. His favorite Indian dish is onion kulcha with butter chicken. Like other first-generation Indian Americans of his age group in Falls Church, Ritvik misses his extended family and typical Indian traditions in the United States. He aspires to be a biologist. 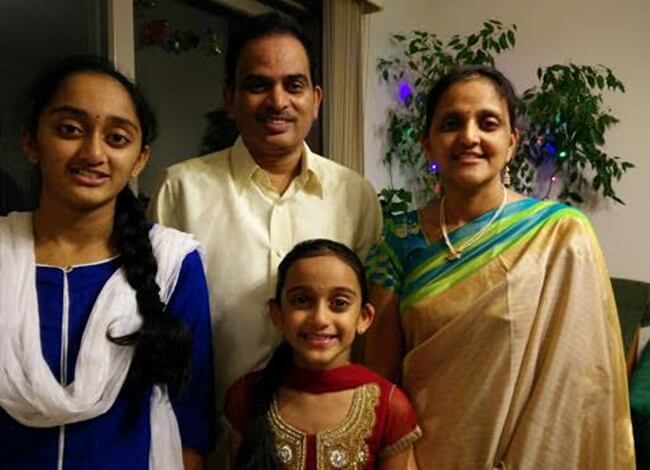 The other winner of the contest, Evanka Annyapu is an 11th grader of James Madison Memorial High School. A happy-go-lucky Indian American girl, Evanka has written a story about what ‘Incredible India’ is in her eyes. In the story, she went down the memory lane and recalled how she felt positive vibes amidst grim experiences such as a little girl with a begging bowl in worn-out clothes during her visit to India. She also reminisced what she felt during a walk around the ancestral mud house of her father’s childhood in India.

Evanka from the Indian community of Madison is fond of her grandparents and cousins who she misses in USA. She misses Indian mangoes too. Having such interests as writing, horseback riding, playing tennis, playing the piano and public speaking, she lives her life with a positive attitude and accepts whatever comes her way. That’s what her goal to be in life is inspired by. She deeply respects journalists like Janine Di Giovanni and Katherine Boo who risk their lives to report conflicts or politically tempestuous situations in precarious places like Syria. Evanka is an active volunteer at a center for senior residents. 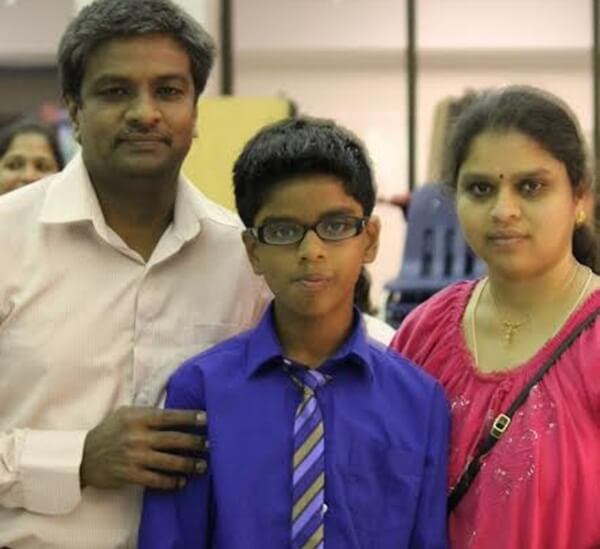 Kavin Jayavel Kumaresan with his parents in Georgia

The runner-up of the contest in Group 1, Kavin Jayavel Kumaresan has penned a heart-touching story of his last visit to India on the occasion of his grandmother’s demise. The innocently written story pictures his journey from Georgia to India and narrates his tryst with his cousin as well as grandfather in India. A 6th grader of Autrey Mill Middle School, Kavin wishes to be a chess master. He gets kicks in soccer and drawing as well. Naan and Chicken 65 are his favorite Indian dishes. His parents are the most revered idols for him. 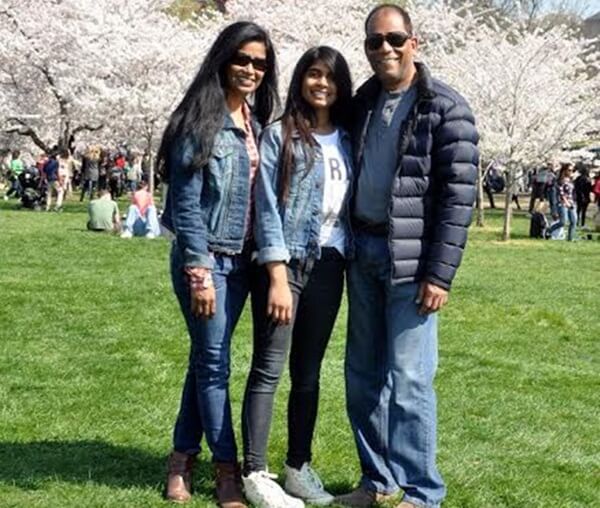 Shweta Nanda with her parents in West Chester, Pennsylvania

Among the selected stories out of hundreds, Shweta Nanda’s story of why she calls India home what defines India to her earned her the second position in Group 2 of the contest. Her story is also an inspirational account of what she learned during her short stay in India. A 9th grader of Unionville High School in Kenneth Square, Pennsylvania, Shweta wishes to make the world a better place by possible means within her reach. Swimming, reading, writing, traveling and playing the piano are her interests. Among Indian dishes, Tandoor Chicken, Chhole Bhature and Kulfi tickle her tongue the most.

We congratulate all of the four. The selected four stories will be published in the ‘Young Indian’ section of Travel Beats soon. Watch out on our Facebook page.