In a new measure to crack down on illegal immigrants in USA, the Trump administration has brought a draft executive order, which is under consideration now, to mandate it for the US census workers to ask respondents about their immigration status. The mandate is part of the executive order, “Protecting American Jobs and Workers by Strengthening the Integrity of Foreign Worker Visa Programs, which seeks to restrict the inflow of foreign workers on H1B visa and other visa programs.

The White House wants the Census Bureau to collaborate with the State Department, Commerce Department, Labor Department, and the Department of Homeland Security to study the dynamics of immigration and measure the growth of the foreign-born population in USA through detailed reporting every year. The White House also mandates that the collaborative report must focus on the impact of temporary foreign workers on the employment and wages of Americans in a given fiscal year.

The US law experts have concerns about the proposed White House order to check immigration status via census, anticipating its detrimental impact on state economies and the nationwide political landscape. Respondents are asked if they are citizens of USA, in the current annual questionnaire of the Census Bureau. Leading policymakers of the US fear that a further probe into the status of those who are not citizens of USA will repel many from participating in the census, thereby decreasing future counts. 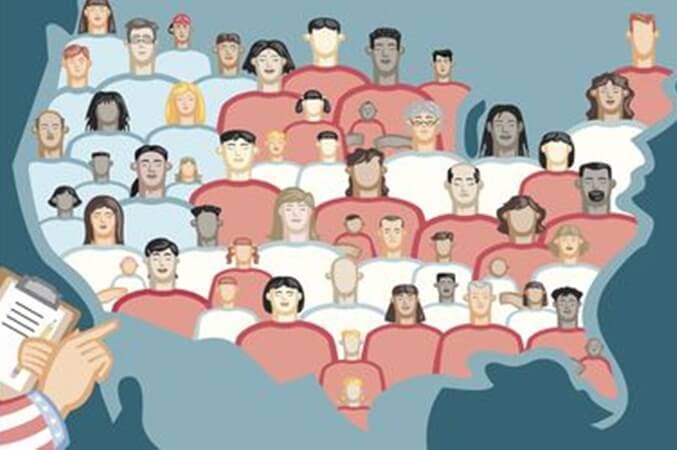 The proposed White House order to the Census Bureau is a concern with the Indian American community too, including 3 lakh illegal Indians in USA. Those waiting to get green cards and those receiving federal aids may abstain from responding to the census under the fear that their immigration details may be used against them or dependent family members. Reportedly, RAISE ACT, a bill aiming to cut the number of legal immigrants in USA by half, was introduced in the US Senate.

Kenneth Prewitt, a former director of the Census Bureau, opined that the proposed White House order mandating immigration status checking would drastically decrease the response rate by keeping illegal immigrants away from answering questions by the census workers, which would make the Census more expensive than the present.

The executive order came at a time when immigrant communities fear that the data on their employment and immigration status in USA will be at risk in the Trump administration. According to the Constitution of America, the data collected via the census is mainly used to allocate federal funding to states for housing, education, health care, and law enforcement. The data is also used by companies and entrepreneurs to make key business decisions.

The Constitution forbids the census workers from helping the government identify any particular community based on the data. Those disobeying or defying it are fined to pay up to $250,000 and sentenced to imprisonment for 5 years. However, the Census Bureau was criticized for helping the Department of Homeland Security locate Arab Americans in 2004.

Such proposals to probe immigration status were made in the past too, but it has greater chances to come into effect in the Trump administration, according to immigration lawyers.