In April 2021, President Biden announced his “American Jobs Plan” aiming to rebuild the US economy that has been through several hurdles in the aftermath of the pandemic. As part of the “American Jobs Plan”, the Biden-Harris administration has called for resurgence of the International Entrepreneur Rule, a long overdue immigration corridor for startup founders. In May this year, the Department of Homeland Security announced its decision to crush a Trump-era rule that was proposed to eradicate the International Entrepreneur Rule (IER) earlier. 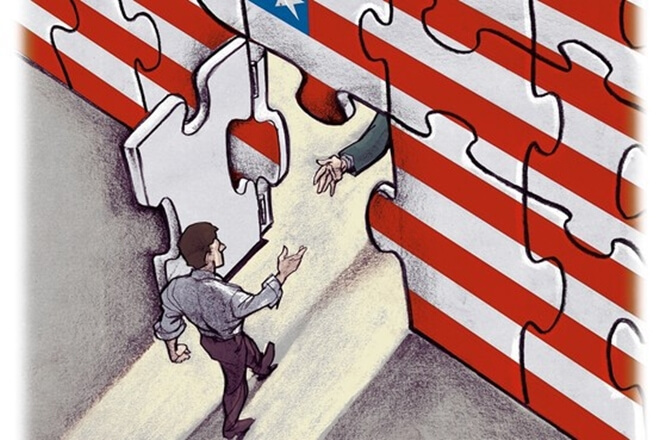 The International Entrepreneur Rule, which is nicknamed start-up visa program, allows eligible foreign entrepreneurs to invest in the American start-up ecosystem, create jobs for the locals, nurture the local economy, and live in the US with their spouses as well as kids. Those having neither a work visa not a green card, are needed to meet the IER eligibility norms, including a minimum grant of $100,000 from the federal government or $250,000 from eligible US investors, for an immigration ‘parole’. The Department of Homeland Security’s discretionary parole is a special permit to stay in the US for two and a half years, which can be extended for another 30 months.

The American start-up ecosystem includes 3.2 million foreign-origin entrepreneurs representing 20% of all business owners in the US, employing a workforce of 8 million, and holding patents for some of futuristic technologies, according to Forbes Magazine.

Though the International Entrepreneur Rule, an Obama-era initiative that the Trump administration exercised all its might to end but in vain, continues to exist, it was not a lucrative option prior to Biden’s swearing-in as President. Besides, the US does not have a dedicated start-up visa to lure foreign entrepreneurs, unlike Canada, the UK and few other countries. The International Entrepreneur Rule will continue to fill the gap until Congress comes up with a startup visa to support foreign-born founders of startup businesses.

The reinforcement of the International Entrepreneur Rule in Biden’s America has reaffirmed leading economists’ faith in the Biden-Harris leadership. It has also earned kudos from Doug Rand, co-founder of Boundless Immigration. He had helped with the commencement of the “International Entrepreneur Rule” program when he was an advisor to Barack Obama during the latter’s presidential tenure.

What is more interesting about the US’ International Entrepreneur Rule is that work authorization is granted to spouses of foreign entrepreneurs who successfully avail of the program. The Department of Homeland Security estimates that nearly 3000 foreign entrepreneurs will venture into the US startup ecosystem through the IER program and create 1 to 3 lakh employment opportunities over 10 years.

The IER program does not promise a path to legal permanent residency or green card. However, the window to apply for some other immigrant or non-immigrant visa is open for foreign-born startup entrepreneurs as long as their “parole” is valid.

“Reopening doors to foreign entrepreneurs will not only facilitate an inflow of more than $20 billion investment into the US economy, but also support the pandemic-hit aviation economy,” said the editor of Travel Beats, a subsidiary of IndianEagle.com. India-born entrepreneurs securing entry into the ‘Big Boys’ club in America will elevate the demand for business class flights between USA and India – which is crucial to replenishing the depleted aviation economy.