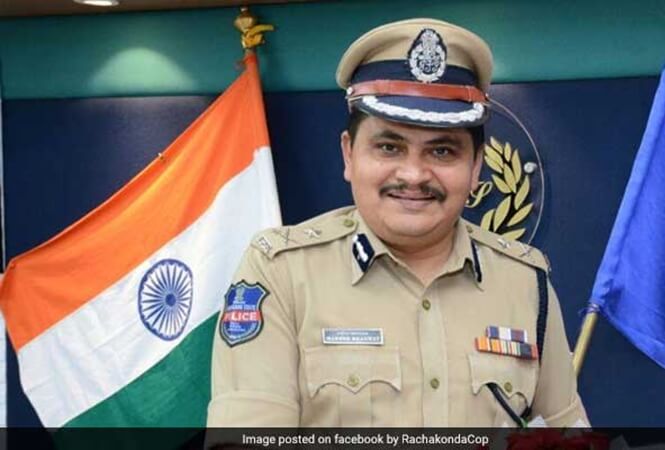 The third Indian IPS officer to be conferred this prestigious honor from the United States; Mahesh Muralidhar Bhagwat is currently serving as the first Commissioner of Police of Rachakonda in Telangana. He has continued his fight against human trafficking for 13 years by participating in many anti-trafficking operations. Below is how he is hailed in the 2017 Trafficking in Persons (TIP) report from the US State Department:

“Mr. Bhagwat’s dedication to the fight against human trafficking is exemplified by his innovative and highly effective approach to investigating cases and his success in dismantling trafficking operations within his command areas,”

IPS Officer Mahesh Muralidhar Bhagwat in Telangana not only rescued hundreds of victims from traps of trafficking but also ensured their rehabilitation with the help of Indian government and non-profit organizations. He has been remarkably honest in his commitment towards this colossal mission for the welfare of mankind.

The innovative use of legal provisions to a maximum was one of his approaches to investigating the sites where human trafficking was a rampant practice across Telangana. He was instrumental in mobilizing Telangana government to close those sites and to foil trafficking operations.

Within a year, the Rachakonda Police pulled down the shutter of five hotels, locked 20 residential apartments and closed 25 brothels which were notorious for housing human trafficking operations, under Mahesh Muralidhar Bhagwat’s supervision. All this was possible because he made the anti-trafficking operation a top priority for Telangana government.

Every year, the US Department of State’s Office to Monitor and Combat Trafficking in Persons recognizes and awards individuals for their relentless effort in combating human trafficking for sex and labor. Those individuals can be lawmakers, police officers, social activists, NGO workers and ordinary citizens.