We must say that India is a most progressive country in the current decade though certain gender-biased practices are still prevailing in some parts of rural and semi-urban India. The Supreme Court of India made a historic ruling against the age-old ban on menstruating women’s entry to the Sabarimala Temple of Lord Ayyappa in Kerala. 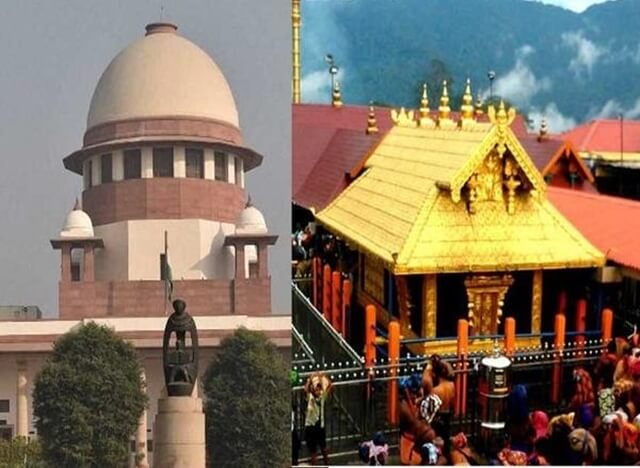 One of the largest Hindu pilgrimage centers in India, the Lord Ayyappa Swami Temple is known for its universality. Thousands of NRIs book cheap flights to Cochin Airport from the United States and other parts of the world for pilgrimage to the temple every year. The Sabarimala Temple exemplifies the virtues of the Vedic philosophy “Thathvamasi” which asserts that the Lord and devotees are one and the same within the temple premises. The devotees, rich and poor, elite and ordinary, educated and illiterate, all are called swami like the presiding deity. It is said to be the only Hindu temple in the world that houses a shrine dedicated to a Muslim who made friends with Lord Ayyappa during his journey.

On one hand, the temple epitomizes religious and social harmony. On the other, the temple’s practice of barring menstruating women from worshipping the deity had been questioned until the Supreme Court ruled in favor of gender equality and women’s right to worship. Here’s what you should know about the Sabarimala verdict:

Chief Justice Dipak Misra on the Constitution bench said, “Religion cannot be the cover to deny women the right to worship. To treat women as children of a lesser God is to blink at constitutional morality.” He remarked that women’s constitutional right to worship in India could not be subjected to religious patriarchy on the pretext of biological or physiological reasons. “Women are neither lesser nor inferior to men. Devotion could not be discriminatory,” he added in the judgment.

The Rule 3 (b) of the Kerala Hindu Places of Public Worship Rules of 1965, which disallows women from puberty to 50 years of age to enter the Lord Ayyappa Swami Temple in Kerala, has been scrapped as an unconstitutional violation of the right of Hindu women to worship and practice religion under Article 25 of the Constitution of India. “Women’s right to worship guaranteed under Article 25 is independent of physiological and gender-based factors,” Chief Justice Dipak Misra said in the Sabarimala Temple verdict.

The five-judge bench on the Sabarimala Temple did also criticize the 1954 five-judge bench decision on the Shirur Matt Case and described it as a ‘problem with our jurisprudence.’ The verdict on the Shirur Matt Case in 1954 ruled in the essentiality of a religious practice based on the tenets of religion rather than the principles of the Constitution.

The Sabarimala verdict 2018 made it clear that the ‘essentiality’ of a religious practice should neither encourage gender-based discrimination nor violate the basic structure of the Constitution. “The ban on menstruating women’s entry to the Sabarimala Temple is not an ‘essentiality’ of the religion,” said the Chief Justice of India.

Justice Indu Malhotra, the only woman on the five-judge Constitution bench, differed with the majority citing that the Sabarimala verdict could be a challenge to other religious practices across India and a threat to the secular fabric of the country. She argued that the essentiality of a religious practice in question should be defined by a particular religious community, not the court in a country of diverse faiths and traditions like India. She opined that matters of religious sentiments should not be messed with notions of rationality.

However, the Sabarimala verdict opened the door to the Lord Ayyappa Swami Temple for women of all ages. At the same time, the verdict has elicited a mixed response across Kerala. Some are of the opinion that the hilltop temple, which is visited by 45 million pilgrims during the peak season (mid-December to mid-January), has inadequate infrastructure (lack of toilets) for female devotees.