A Master of Science in journalism from Columbia University School of Journalism, Sree Sreenivasan will be working to help New Yorkers access the local government’s technology based initiatives, frame and implement citywide digital policies, and connect the city’s tech community with the government’s tech ecosystem.

The erstwhile chief digital officer of Columbia University and the Metropolitan Museum of Art, Sreenivasan will helm New York City’s Office of Digital Strategy to launch and promote digital products across the city. Encouraging New Yorkers’ civic engagement with the government and its initiatives on digital platforms and through digital mediums is one of the responsibilities in his new profile. He will work towards increasing transparency of the city-led programs. 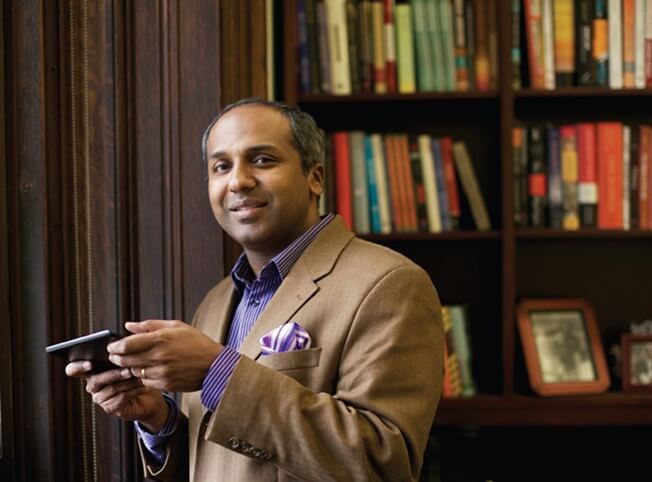 A graduate of history from St. Stephen’s College in Delhi, India, Sreenath Sreenivasan is also a mayoral appointee for the Communication on Public Information and Communication. He helps the public get seamless access to city information and crafts strategies to leverage new and advanced communication technologies for better access to and wider distribution of the information.

Born in Tokyo and brought up in India as well as USA, he was a technology reporter for WNBC-TV and an advisor to the School of Professional Journalists at Colombia University Graduate School of Journalism. He led a team of 70 employees to enhance the digital presence of the Metropolitan Museum of Art. One of the contributors for the New York Times, Sree Sreenivasan helped launch and develop a few hyper local news startups including DNAinfo.com.

Tech journalist Sree Sreenivasan is one of the few Indians in New York to have several feathers in his cap. He featured among the 20 most influential South Asians in the US in 2004 and the 50 most influential Indian Americans in 2007. Fast Company Magazine named him one of the Most Creative Personas of the year 2015.

Sree Sreenivasan is currently on a tour across India, giving lectures on social networking and social media technology in the 21st century.

Travel Beats by IndianEagle, a leading travel organization for Indians in USA, publishes the latest news about and from the Indian community. Subscribe to Travel Beats’ free newsletter and get interesting stories right to your email inbox.