After days of bated breath and speculative arguments, Indian American health consultant Seema Verma’s selection as head of the Centers for Medicare and Medicaid Services (CMS) is ultimately confirmed by the US Senate based on a 55-43 vote to her. The second Indian American in the Trump regime, Seema Verma will not only push President Trump’s plans to ‘repeal and replace’ the Obamacare but also helm the $31 trillion healthcare agency that insures the health of more than 130 million people in the US. 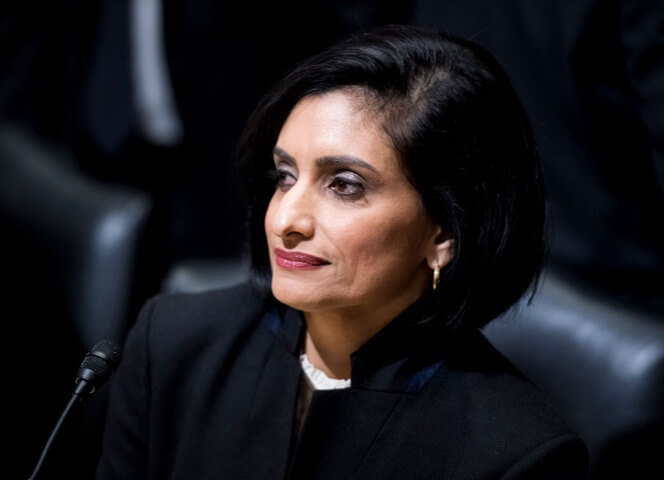 A graduate in life science from the University of Maryland, Seema Verma has over 20 years of experience in the healthcare industry of USA. The founder, president and CEO of SVC Inc., a health insurance company, Seema Verma redesigned health insurance plans in several US states, including Ohio, Indiana, Kentucky and Iowa. She deserves a special mention for her immense contribution to designing Healthy Indiana Plan (HIP), which is recognized as the nation’s first consumer-driven Medicaid program for the low-income groups under the Affordable Care Act.

“She’s unquestionably qualified to be the head of the Centers for Medicare and Medicaid Services. It’s time to get her in place especially when healthcare reform is a priority on President Trump’s agenda,” said Sean Spicer, the White House Press Secretary, during a press briefing.

A protégé of Vice President Mike Pence, Seema Verma has worked with state health departments, governors’ offices, state Medicaid agencies, alongside private companies and institutions. Now in the Trump administration, she will be heading administration of the Centers for Medicare and Medicaid Services, an agency with nearly 6,500 employees in the US Department of Health and Human Services.

Seema Verma is the best person to understand and mitigate the challenges of the Obamacare to Americans, according to Senate Majority Leader Mitch McConnell. He said further that she is amply experienced to reform Medicare and Medicaid services so the health insurance programs work the best for the needy. He believes that she is an able leader to ensure increased access to the Medicare and Medicaid services at lower costs.

As the head of the Centers for Medicare and Medicaid Services in USA, Seema Verma is expected to act as a liaison to the Republican governors whose role in the congressional debate on the future of the Obamacare is considered essential. During her confirmation hearing, she made it clear that Medicaid needed to be overhauled completely and that she did not see any point in making Medicare a ‘voucher’ plan.

Early in her career, she worked at the Association of State and Territorial Health Officials in Washington, DC. She also holds a master’s degree in public health policy management from Johns Hopkins University in Baltimore.