In 2020, Indian American billionaire Romesh Wadhwani was named for the Padma Shri, one of the highest civilian awards presented by the government of India, in recognition of his philanthropic deeds. Owing to various travel restrictions in the aftermath of the pandemic, he could not travel to India to receive the award. Finally, the Consul General of India in San Francisco presented the Padma Shri to Dr. Wadhwani, on behalf of Indian Government, at the SF Consulate. Shantanu Narayen, the CEO of Adobe, and other Indian American tech behemoths were in attendance at the award ceremony.

A section of Indian Netizens became critical of the government of India over the launch of Vande Bharat Mission flights for repatriation of distressed NRIs from the US and other countries. Their social media commentary was replete with grudges over the half knowledge that NRIs don’t look back once settled overseas and that NRIs hardly do anything for the community back home.

However, US-based Ravi Puli, a Telugu NRI, having recently arranged a private charter flight to send 250 stranded Indians back home from various parts of the US refuted the misconceptions about Indian Diaspora.

In contrast to the popular mistaken belief, Indian-origin billionaire Romesh Wadhwani has come forward with a $26-million investment plan to create 100,000 jobs in India, the third most COVID19 affected country. One of the 10 Indian American richest billionaires, Romesh T. Wadhwani whose net worth is $3.4 billion is investing Rs 2 billion to help his motherland’s 10,000 small and medium enterprises (SMEs) tide over the economic crisis in a phased manner this pandemic. 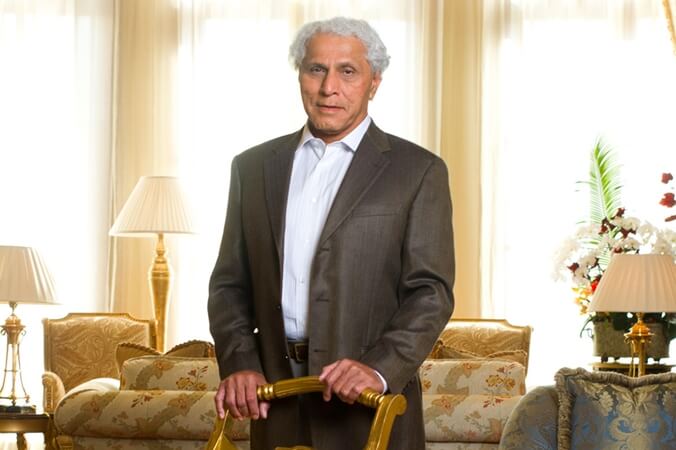 A self-made serial entrepreneur, Romesh Wadhwani is not just the richest Guajarati in America but a noted philanthropist too. The Wadhwani Foundation that he had set up aiming at a fillip to India’s socio-economic landscape has offered to help India’s rural healthcare workers, including Anganwadi workers, improve their knowledge and skills according to the changes brought in by the global COVID19 crisis. In 2012, the Wadhwani Foundation funded a research facility at the National Center for Biological Sciences in Bengaluru, the Silicon Valley of India.

“Without credit inflow and proper consulting support, the short or long-term damage to India’s SME sector will be massive. The Wadhwani Sahayata (Help) initiative will be providing futuristic consulting services to the 10,000 designated SMEs so that they can survive the pandemic and come alive as thriving businesses in the post-COVID19 world. 100,000 jobs will be saved or created in the process,” said Mr. Wadhwani, the founder and CEO of Symphony Technology Group.

Initially, 50 SMEs will be helped with modern technology and the best business practices under the Business Stability program starting this August. The number will gradually be increased to 500 SMEs a month, including businesses from startups to companies with revenue up to Rs. 250 million. Reportedly, the Wadhwani Foundation is working on an AI-powered self-service technology platform for SMEs, with mid-2021 being a tentative deadline for the launch.

The Wadhwani Sahayata’s COVID19 Skilling program is empowering India’s public health workers and Anganwadi workers with the fundamental and updated information disseminated through interactive videos on various portals and digital channels. The power of YouTube and WhatsApp is being leveraged to run interactive Q&A sessions and knowledge testing among them. The Wadhwani Foundation’s digital mediums of knowledge will facilitate access to the expert content related to skilling and certification.

A distinguished alumnus of IIT Bombay and Carnegie Mellon University, Dr Romesh Wadhwani will be helping 50 start-ups and early-stage companies with grants ranging between Rs 2.5 million to Rs 10 million to accelerate the pace of technological innovation in India’s public health domain. The Wadhwani Foundation has already released several grants, direct and indirect, as part of the Sahayata Public Health Innovation Program.

Dr Wadhwani whose family had moved to India during the 1947 partition does also support students with various resources required for improving their employability skills. He ranked third among the wealthiest Indian American billionaires on Forbes’ 2019 list. In order to mitigate the COVID19 impact on small and medium businesses in India, the Wadhwani Foundation is partnering with subject matter experts, techies, advisors and mentors.