“I like Punjab very much. I love its food, its people, music and its green fields,” Shah Rukh Khan remarked during his guest appearance in a TV reality show. Really, Punjab is a land of fun-loving, carefree people and a great tourist destination offering heart-warming hospitality. With blooming mustard fields, heritage sites and lip-smacking street food, it is a beautiful film shooting location too. The free culture and effervescent lifestyle of Punjabis have been filmed in several Bollywood movies and songs. Indian Eagle shares two stories of Punjab on celluloid. 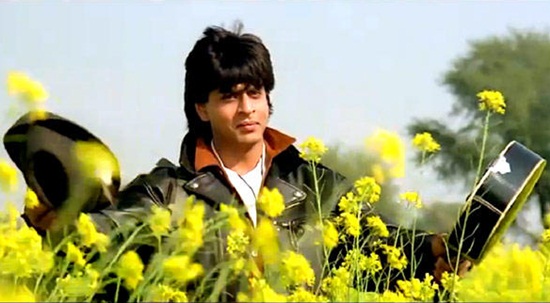 Yash Chopra, the king of romance in Indian Cinema, portrayed the beauty of Punjab as the beauty of his leading heroines in the reel. Punjab plays an important character in the love stories of two Bollywood blockbusters – Dilwale Dulhaniya Le Jayenge and Veer-Zara – under the Yash Raj banner. The love birds of these movies fly to Punjab and plunge into romance there.

In Dilwale Dulhaniya Le Jayenge starring Shah Rukh and Kajol, Punjab is the ultimate destination where the love story of an NRI boy and an NRI girl from London culminates into union. The hero follows his beloved’s family from the plush locales of London to the mustard fields of Punjab.

The song “Ghar aaja pardesi, tera desh bulayere” (O’ foreigner, come back home; your home, your country is calling you) in the music album of this film features a group of Punjabi girls spreading their colorful dupattas in the air and running through the sprawling mustard fields. The sunshine yellowness of mustard plants symbolizes peace and prosperity of the state.

The Karva Chauth celebration by the married Indian women of the Punjabi community is also filmed in the song. Thus the natural beauty and traditional culture of Punjab have been captured on celluloid. The song and its picturization are so impactful that it still makes NRIs feel a strong connect with their root in India. 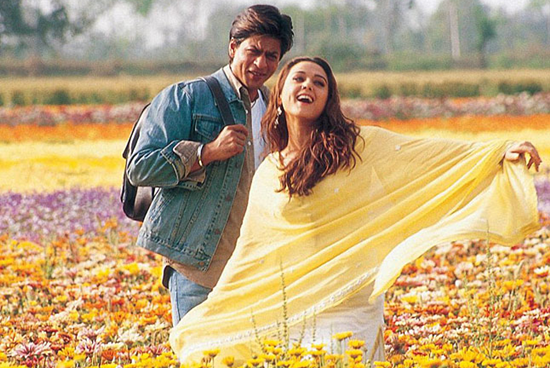 The maiden beauty of Punjab looks more appealing and inviting in Yash Chopra’s Veer-Zara. This movie popularized Punjab as a prime shooting location for the next Bollywood movies and songs. “Aisa des hai mera”, one of the most popular patriotic songs, picturizes the culture, festival, hospitality and bucolic bliss of Punjab.

The song features a micro picture of this Indian state when the hero takes the heroine to his native village through wavy mustard fields, green meadows by the flowing brook and the countryside where Punjabi girls enjoy swinging during the rainy season. Liveliness, freeness and open heartedness of the Punjabis are also highlighted in this song.

Punjab is a must visit if you are a Bollywood buff or a diehard fan of Shah Rukh Khan or a lover of Yash Chopra’s movies, or if you have never experienced the Punjabi hospitality. Book the cheapest flight to Delhi International Airport or Sri Guru Ram Dass Jee International Airport, Amritsar on IndianEagle.com.