Another Indian took a leap to the top of the totem pole at Google, while the US President is being persuaded by four Senators to suspend all non-immigrant work visas for foreign nationals. Indian-origin Prabhakar Raghavan has been promoted as the head of Google Search and Assistant. Prabhakar, who joined Google in 2012, got promoted from having been the Senior Vice President of Engineering at Google. He will be reporting to Sundar Pichai, the CEO of Alphabet Inc. He is the second most important Indian-origin executive after Pichai. 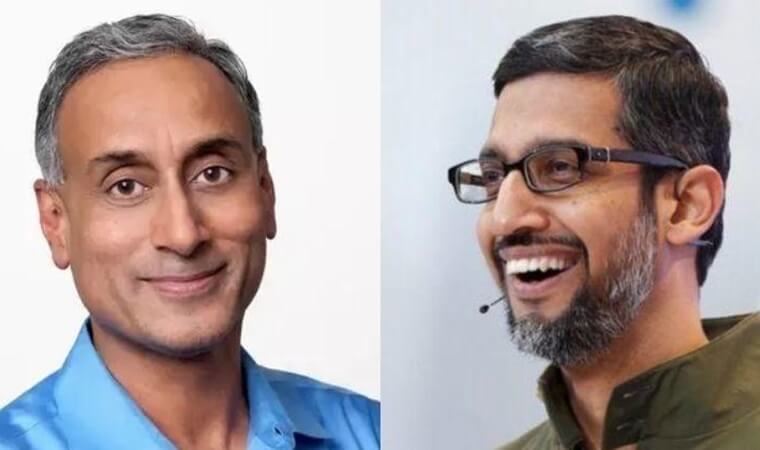 A distinguished alumnus of IIT Madras, Prabhakar is taking over the position from Ben Gomes, who will be shouldering new responsibilities at the search giant. He served Google as the Vice President of Google Apps and Cloud Services until he became a Senior Vice President of Engineering in the organization. The phenomenal growth of the Gmail and Google Drive user base by monthly one billion users on average has been one of the milestones in Prabhakar Raghavan’s Google career. He drove the development and user experience of G Suite to a new high.

A member of the National Academy of Engineering, the newly appointed head of Google Search and Assistant is “one of the most respected engineering minds in the IT field,” according to Sundar Pichai. In the new role, Prabhakar will be leading search, analytics, display advertising, video advertising, etc.

While making the announcement, Alphabet CEO Sundar Pichai said, “For Prabhakar, this new role brings his experience with search full circle. He’s spent more than two decades obsessing over algorithms and ranking, and his association with Google Search predates Google. His experience working across so many of our product areas gives him the perfect lens to spot the seams between them.”

Prabhakar Raghavan whose mother was an eminent alumnus of Presidency College, Chennai had joined Google with years of work experience at IBM Research and Yahoo! Labs. He holds a PhD in electrical engineering and computer science from the University of California, Berkeley. A fellow of the Institute of Electrical and Electronics Engineers, he had the rare distinction of being the editor-in-chief for Journal of the Association for Computing Machinery (ACM).

He has created an archive of technical papers on search, advertising, analytics and other related topics since 1986. Randomized Algorithms and Introduction to Information Retrieval are the most significant of his technical publications.

“There’s no question that when it comes to a deep understanding of search there are few people in the world that match Raghavan’s knowledge and qualifications. He fully understood the connection between the internet and the physical world, and was trying to bring the two closer together at Yahoo Research Labs. This is of course something we all take for granted today: local search/near-me search,” said Greg Sterling, a contributing editor to Search Engine Land.