We at Indian Eagle are sorry for the innocent victims of the recent Florida Shooting caused by Nikolas Cruz. At the same time, we are happy to know that an Indian American teacher named Shanthi Viswanathan saved the students of her class during the shooting at Stoneman Douglas High School in Parkland, Florida. Her act of humanity provided some relief to the wounded nation, though the homicide of 17 lives (15 students and 2 staff members) cannot be compensated.

When Nikolas Cruz, a former student of Stoneman Douglas High School went on rampage in the afternoon of February 11, an alarm rang for the second time indicating some danger. Indian American Shanthi Viswanathan, who teaches mathematics at the school, was giving lessons on algebra in a classroom. 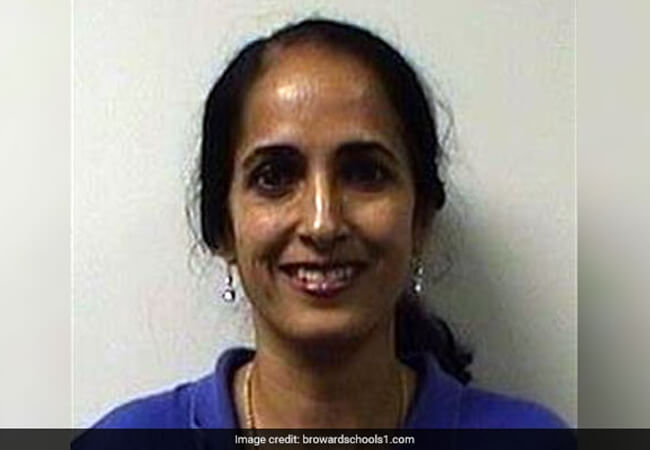 She jumped in a quick action and exercised her presence of mind on hearing the alarm. She immediately shut the doors and windows of her classroom from inside to keep the predator away from her students. She made the students stoop and crouch on the floor to stay safe from the bullets of the shooter’s AR-15 automatic rifle. “She was quick on her feet. Instead of panicking, she saved many kinds including mine,” said Dawn Jarboe, the child was in Shanthi Viswanathan’s classroom during the Parkland school shooting in Florida.

Stoneman Douglas High School’s math teacher, Shanthi Viswanathan took no chance to risk the students’ lives when she heard repeated knocks on the closed door. A special contingent of police personnel known as SWAT team knocked at the door and asked her to open it. Since she was not sure who was outside the classroom exactly, she did not open the door. Rather she said, “Knock it down or open it with a key.”

Someone from the SWAT team broke one of the windows and brought the students along with Shanthi Viswanathan to a safe place, according to Brian, Dawn Jarboe’s son. Shanthi Viswanathan is a hero of the moment lavished with kudos and media attention across the world. The shooter’s motive for the killing is not yet clear though.

What Indian American Shanthi Viswanathan did is a matter of pride to not only 22,600 Indians in Broward County (where Parkland is located) but also Florida Indians, the entire Indian community in USA and the nation at large.

Shanthi Viswanathan reminded us at Indian Eagle of Imran Yousuf, a former US marine war veteran of Indian origin, who saved many lives from some American gunman on a killing spree at Pulse LGBT nightclub in Orlando in 2016.