Having opposed a provision that would have otherwise mandated the use of face masks for everyone in the country, the Trump administration seems to synergize all its efforts at the sole focal point – gradual eradication of the H1B visa program for foreign nationals. In a bid to reform the US employment visas further, President Donald Trump signed a new Executive Order prohibiting federal contractors from outsourcing government jobs and from hiring foreign workers to replace American citizens as well as green card holders.

“We’re finalizing H1B regulations so that no American worker is replaced ever again. H1Bs should be used for top, highly paid talent to create American jobs, not as inexpensive labor program to destroy American jobs,” Trump stated in the new Executive Order. “We believe jobs must be offered to American workers first. It would be unfair for federal employers to replace perfectly qualified Americans with workers from other countries,” he added. 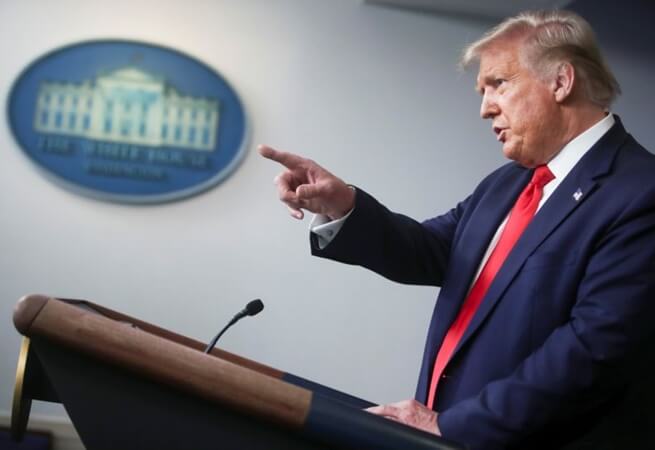 Alongside issuing the Executive Order, Trump has gone the extra mile in firing the chairman and the director of Tennessee Valley Authority, a federal government-owned agency, for having replaced American workers with foreign nationals mostly on H1B visas. The White House has issued a warning to the federal contractors and employers, “If you betray American workers, then you will hear two simple words.”

President Trump has also announced to take ‘firm, disciplinary action’ against the board members of Tennessee Valley Authority. He referred to Tennessee Valley Authority’s announcement to lay off over 200 American employees and hire cheap foreign workers as the reason for signing the new Executive Order against hiring H1B workers for federal contracting jobs. Failure to rehire the laid-off American workers would result in removal of more board members, Trump warned.

“The Department of Labor will also finalize guidance to prevent H1B employers from moving H1B workers to other employers’ job sites to displace American workers,” the White House said during a press briefing on August 3.

The loss of job opportunities is a critical issue during the current economy crisis especially in the regions where the federal government is the largest employment creator. By giving away American jobs for cheap foreign labor, employers deprive US workers of the right to a dignified living and leverage the US employment visas for guest workers to their own advantage.

Trump’s new executive order for federal employers mandates a review of the performance of the contracts that federal agencies awarded in 2018 and 2019, in order to check whether cheap foreign labor was used in those contracts, and whether US workers were deprived of the opportunities that they deserved. A review of the federal contracts is also mandatory to check whether the contracts were offshored affecting job prospects for US workers and the national security.

As per the new executive order, every federal agency’s employment policies will be reviewed in compliance with the Citizenship Requirements for Federal Employment. The head of every federal agency is required to submit a complete review report to the Director of the Office of Management and Budget within 4 months of the Executive Oder issued. Within 45 days of the Executive Order issue, the Department of Homeland Security and the Department of Labor can take action against the negative impact of the employment of H1B visa workers on the wages and working conditions for US workers.