WOMEN of Indian descent are following the trail that astronaut Kalpana Chawla had blazed at NASA and beyond. The successful landing of NASA’s Mars 2020 Perseverance Rover bore a testimony to Indian-origin women’s contributions to NASA’s space odysseys in their respective roles and capacities. Other than Kalpana Chawla and Sunita Williams who created history in space, Dr. Madhulika Guhathakurta, the lead program scientist for NASA’s ‘Living with a Star’ initiative; Dr. Anita Sengupta, a leading aerospace engineer at NASA; and Sharmila Bhattacharya, the head of NASA’s Biomodel Performance and Behavior laboratory have been instrumental in propelling the United States’ space expeditions. 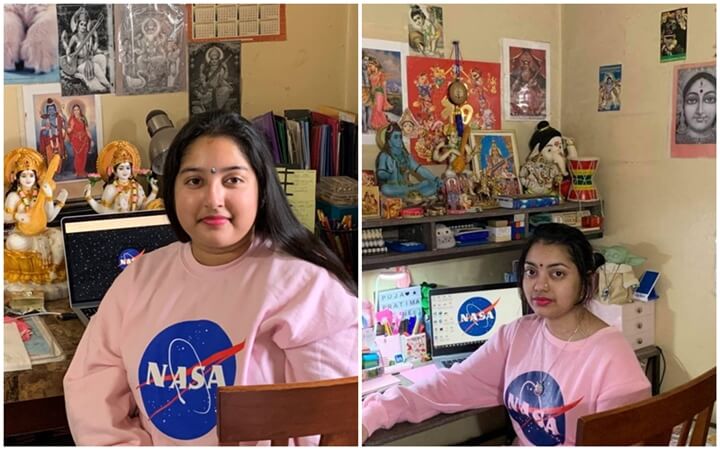 NASA’s Indian-origin workforce includes two interns, Pratima Roy and Pooja Roy. The Roy sisters have been interning at NASA Glen Research Center since Fall 2020 and working on the STEM projects that tie into the Artemis program – NASA’s ambitious mission to land the first woman and next man on the Moon by 2024. What fetched the Roy sisters global attention is their deep obeisance to Indian culture and Hinduism. They firmly believe that the opportunity to intern at NASA is a divine blessing. The blog of NASA quotes them saying:

“God observes everything we do and what we want in our lives and a dream can actually come true!”

Pratima Roy and Pooja Roy are sophomores at New York City College of Technology. They are majoring in computer engineering. The project that Pratima Roy, among the interns at NASA, is working on requires her to learn Artificial Intelligence, Machine Learning, Deep Learning, Biomimicry and Amazon Web Services. She is working on designing and defining robotic tasks that will need to be completed in order to gather and collect data when astronauts will travel to the Moon. Her project ties into NASA’s Moon to Mars mission. Rewriting the code is one of the first steppingstones in her STEM journey.

Pooja Roy is working towards the same goal like her sister. The STEM project that she is involved in converts Java Applets to JavaScript for web-based Aeronautics Simulations. Her work entails designing “interactive simulations to help explore the theory and practice of flight in space.” The accomplishments that she has achieved so far by contributing to NASA’s space expeditions include SATERN trainings.

Apart from this Indian-origin intern duo, Subhashini Iyer, a mechanical engineer from Tamil Nadu, is working on the same project but in a different role. Head of the Integrated Product Team at Florida’s Kennedy Space Center, Subhashini Iyer is responsible for overseeing the Space Launch System, the world’s most powerful rocket for NASA’s return to the Moon after about 50 years.