Immoderate love for food can make one end up being an overweight or entrepreneur. Munaf Kapadia, the founder of The Bohri Kitchen in Mumbai, tamed his appetite for his mother’s homemade dishes but could not ignore the business potential of his mother’s extraordinary culinary talent. The admiration he has for his mother’s cooking skills deepened when he realized that the dishes she cooks in her kitchen are hardly available outside. It was then the entrepreneurial journey kicked off for Munaf Kapadia, who was moving up the ladder at Google. 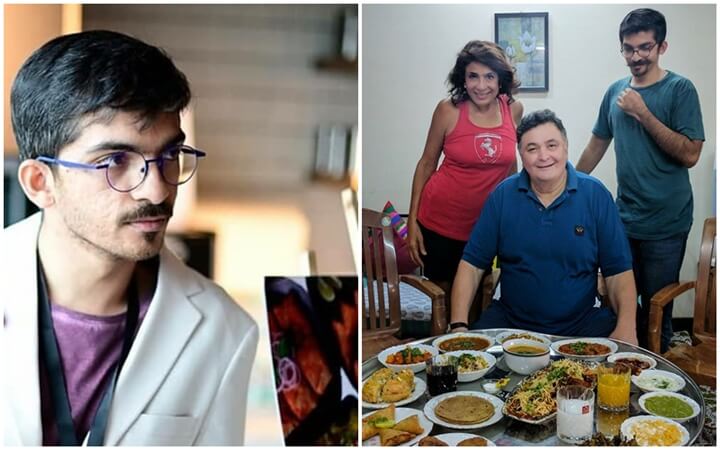 One day Munaf planned to host a dinner for his friends and treat them to the authentic dishes of the Dawoodi Bohra community that he belongs to. Some of his friends responded to his invitation email within a couple of hours and turned up for an altogether different dining experience that seemed irresistible then. The invitees went gaga over a delicious seven-course meal and left only to come back for more of the Dawoodi Bohra cuisine. His mother, Nafisa Kapadia, was all over the moon on being appreciated for her cooking talent.

An overwhelming desire to take his mother’s home-cooked dishes to a bigger audience beyond the household confines gave birth to The Bohri Kitchen. The kitchen started with hosting weekly dinners for a small group of people at a time in a homely environment. With time passing on, the kitchen got bigger and became popular. Everyone from food connoisseurs to culinary writers to journalists wanted to get a taste of it. The local media coverage was the first stepping stone for The Bohri Kitchen to get noticed by national dailies and food channels.

The national press coverage catapulted The Bohri Kitchen further to BBC. Eight minutes of global telecast by BBC was the watershed moment for Munaf Kapadia and his mother. It was then Munaf, an MBA graduate in marketing, hit upon the idea of commercializing The Bohri Kitchen with new entrepreneurial goals in 2015. He resigned from his career at Google as an account strategist to become his own boss.

In the next few years, Munaf Kapadia went on to offer catering services at events and deliver food orders. The menu growing bigger with more than 100 dishes of the Dawoodi Bohra cuisine got The Bohri Kitchen loyal patrons from different walks of life, including Bollywood. Notably, Rishi Kapoor was an ardent admirer of The Bohri Kitchen. It is also a favorite of Rani Mukherjee and Hrithik Roshan. Even Aditya Chopra, the Chairman of Yash Raj Films, ordered food from The Bohri Kitchen for his wife Rani Mukherjee’s birthday. Munaf ensured the food the authentic and tasted the best.

The Dowdi Bohra community has its origin in the Middle East; hence, the cuisine is known for the traditional flavors of the Gulf region. The way the Bohra cuisine is cooked and served bears on the cultural aspects of the Middle East. The cooks of The Bohri Kitchen are trained by Munaf’s mother, Nafisa Kapadia. Khajoor chutney, chicken biryani, chicken malai seekh biryani, doodhi ka halwa, and varieties of samosa from The Bohri Kitchen’s menu sell like hotcakes. The kitchen has catered to a wedding attended by 5000 guests.

It was not easy for Munaf to quit Google after five years of his thriving career. When he was stuck between Google and The Bohri Kitchen, he chose the latter – which his parents objected to. Initially, Munaf Kapadia’s entrepreneurial journey was a rollercoaster ride. There was a time when he made losses and received poor ratings on review portals. When he was about to give up on The Bohri Kitchen, Forbes India offered to feature him on the cover of the special ‘30 under 30’ edition. It was another turning point that put him back on the entrepreneurial track. Today, Munaf Kapadia’s The Bohri Kitchen has five outlets in Mumbai City.

31-year-old Munaf Kapadia’s book titled “The Guy Who Quit Google to Sell Samosas” on his journey will be released by Harper Collins later this year.

Travel Beats, an overseas Indian American community portal, is a subsidiary of Indian Eagle, a one-stop shop for international flights to and from India at the guaranteed lowest fares. This exclusive story is part of our continued series of inspiring stories about Indians and their achievements. Subscribe to our free newsletter and stay tuned to latest community news & stories.