What an 11-year-old Indian boy in the US did to save the life of a drowning man twice his size and thrice his age  is a remarkable feat. Proving that bravery is a state of mind which is not bound to age, Minnesota-based Advaik Nandikotkur entered the league of extraordinary young Indian Americans at Travel Beats, a desi community for Indians in the US.

Recently on a fine day, a 34-year-old man was having some fun time with his family at a swimming pool in Eagan, Minnesota. Since he does not know swimming, he got into the pool and tried to swim where the depth of water was shallow. The moment he entered the deep end of the pool, he lost his balance and found it difficult to stay afloat above eight feet from the bottom. He was drowning by the time his family and the bystanders noticed him. Then, 11-year-old Indian American Advaik Nandikotkur stepped in. 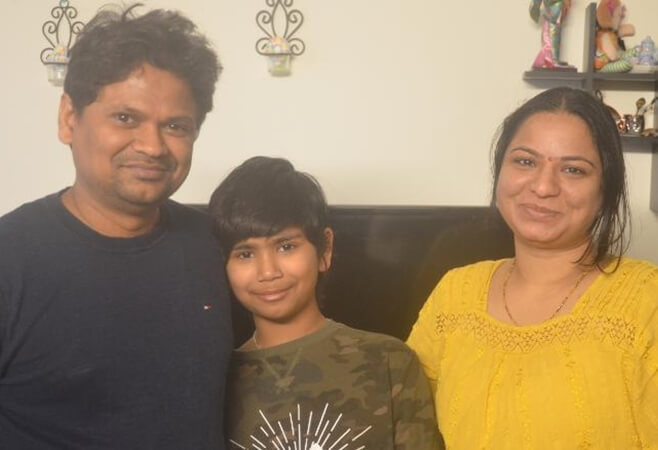 Advaik Nandikotkur, along with his parents from Bengaluru was around the swimming pool when the man happened to be drowning. His mother, Lalitha Mareddy noticed from the surface that a man was lying unconscious helplessly at the bottom of the pool. She immediately shouted to draw the attention to the man, but none of the onlookers came forward to help. Advaik’s father, Raghu Nandikotkur responded to the call and jumped into the pool with a floating tube. As he does not know how to swim, he could not reach the bottom and rescue the man.

Having no other option, Lalitha Mareddy asked Advaik to save the man who weighs 77 kg, more than double his son’s weight. Initially, Advaik exclaimed that the man must have been too heavy to be lifted. However, he jumped into the water.

11-year-old Advaik Nandikotkur swam his way to where the man was lying unconscious in the pool. Unsurprisingly, he found the man too heavy for him to pull out of the pool. On top of that, the water pressure was pushing them down the moment he tried to swim upwards holding on to the man. However, the 11-year-old boy grabbed him with all his might and reached the surface. Then, Advaik’s parents and others helped them come out of the pool. The unconscious man responded to the CPR performed on him.

The moment the man regained consciousness, Advaik Nandikotkur became the center of attention. The residents of the Eagan Complex, the onlookers and even the Eagan Police lavished him with praises for his act of saving a 77-kg adult from drowning. Impressed with his heroism, the Eagan Police has nominated Advaik for a ‘Life-saving award.’ It has made his parents happy about the decision to enroll their only son in swimming classes.

Advaik Nandikotkur has been learning swimming since his family relocated to Minnesota from Bengaluru 3 years ago.

This story is brought to you by Indian Eagle, a most trusted air travel booking partner of Indians in the United States. Indian Eagle not only strives to offer the cheapest deals for last-minute flights to India but also gives a shout out to inspiring acts of heroism.