“I was a millionaire for a night”, said Abhi Shah jokingly, whose family owns a convenience store named Lucky Stop in Southwick, Massachusetts. However, he chose to be an honest person over a millionaire by returning a USD 1-million lottery ticket to the woman who had actually thrown it away.

Lea Rose Fiega, one of the regular customers of the Lucky Stop store in Southwick, had bought a Diamond Millions scratch-off ticket for $30 from the store in March this year. She scratched the ticket in a hurry as she visited the store during her lunch break. She took a quick look at it, and “it did not look like a winner” to her. She gave the ticket back to the storekeeper, Abhi’s mother Aruna Shah, and told her to throw it away. 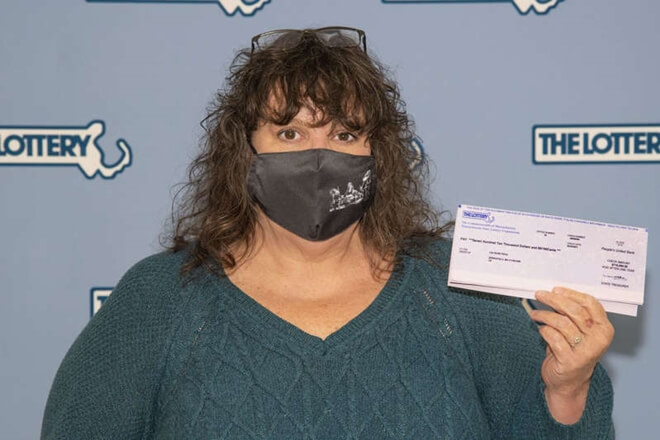 What could have been Lea Rose Fiega’s misfortune turned out to be a blessing for her. The ticket was in a trash can in one corner of the store until it came to the notice of Abhi Shah. He discovered to his surprise that the ticket was partially scratched off and that one of the boxes was left unscratched. Out of curiosity, he scratched it only to see that it carried a $1 million cash prize.

“I was a millionaire for a night. I was elated at the thought of buying a tesla car. But the next moment, I started wondering who the actual owner of the money was,” said Abhi.

Abhi, who was over the moon, showed the ticket to his parents. His mother Aruna immediately recollected who had purchased the Diamond Millions scratch-off ticket. As Lea Rose Fiega visits the store regularly, Abhi’s mother wished to meet and surprise her. Abhi went to her office nearby the store and told her, “My mom and dad would like to see you.”

Being in the middle of work then, Lea said she would meet his parents some other time. Since Abhi insisted, she followed him to the store. She felt goosebumps on learning the real value of the lottery ticket. She cried out of joy, thanked and hugged them. “They are great people. I am beyond blessed,” said an overjoyed Lea. This is the second time luck favored her this year. She had a nearly fatal tryst with the novel coronavirus in January. Defeating the virus was like “winning a lottery”, she said.

Lea Rose Fiega gave a portion of the prize money to the Indian-origin Shah family out of gratitude. She kept the rest of the money as her retirement fund. The Shah family also received $10,000 from the state lottery commission for selling a winner ticket.

Abhi Shah also called his grandparents in India and narrated the whole incident to them. They advised him to give the ticket back to the real owner. “Give it back, we don’t want that money. Remember honesty is the best policy,” Abhi’s grandparents told him.

This story is part of our continued effort to give a shout out to good deeds of Indians in America, at Travel Beats, a leading community portal for Indian Diaspora in America. Travel Beats is a subsidiary of Indian Eagle, a most trusted travel-booking partner of Indians in USA. Indian Eagle books the best air bubble flights to and from India in all travel classes.