Instituted in 1961, the Jnanpith Award is one of the most prestigious literary honors in India. It is conferred only on Indian authors for their outstanding contribution to literature in any of the 22 Indian languages included in the Eighth Schedule of the Constitution of India. 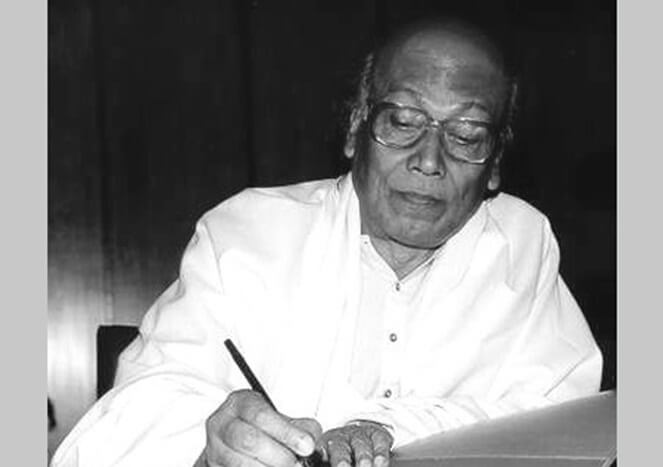 A graduate of Presidency College and a postgraduate of Calcutta University, poet Shankha Ghosh is a prolific writer and literary critic. He is an eminent academician too. Known for a unique poetic style, his poems are set in diverse social milieus. Though loaded with inspirational, touching messages, his poems are neither didactic nor condemnatory.

Poet Shankha Ghosh has poured out his mind and shaped his thoughts in different poetic forms, which is the mainstay of his creativity. He is equally known for his take on modern poetry in unique forms and styles. He has written several collections of poems, most of which have become classical creations in the treasure of Bengali literature and been translated into other Indian languages like Hindi, Marathi, Malayalam, Punjabi and Assamese, as well as some foreign languages.

Distinguished for their lyrical beauty and reflective narrative, his poetry including Murkho Baro’, ‘Samajik Noy’, ‘Baborer Prarthana’, and ‘Kabir Abhipray’ are steeped in feelings of agony and grief for the hollowness of society as well as the superficiality of human existence.

Poet Shankha Ghosh taught at Jadavpur University, Delhi University, Visva-Bharati University, and the Indian Institute of Advanced Studies until his retirement in 1992. In addition to the Jnanpith Award 2016, he treasures several honors and awards including Sahitya Akademi Award, Saraswati Samman, Rabindra Puraskar, Padma Bhushan, and Hall of Fame Lifetime Achievement by the World Forum for Journalists and Writers.