India is a country with diverse cultures, languages, customs and traditions. Each state co-exists with each other in unity, as all festivals are celebrated with the same fervor, regardless of boundaries and limitations. 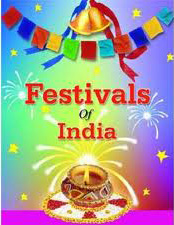 If the New Year is addressed as “Ugadi” in Andhra Pradesh, it is called by a different name in another state. The customs and rituals followed may differ, but the essence of the festival remains the same.

Ugadi, derived from the Sanskrit word “Yuga” and “Adi” together mean “the beginning of a new age”. Based on the lunisolar calendar the day falls on different days every year.

For the people of Andhra, ‘Ugadi’ ushers in the New Year. Chaitra is the first month in Panchanga which is the Indian calendar. The Maharastrians term the same festival as Gudi Padwa .

The Rajasthani’s  have a different name “Thapna, while it is called Cheti Chand by the Sindhis.

Known as “Sajibu nongma panba” in Manipur, New year is known as “Puthandu” in Tamil Nadu.In Punjab the New year “Baiskahi” is welcomed with great pomp and show.

Cheiraoba  is the New Year of Manipur, where people decorate their homes and make special delicacies. After a puja, offering is made to the diety. The festival concludes with climbing a mountain, symbolizing a higher ascent in life.

Elsewhere in Bali and Indonesia, the Hindu community celebrates under a different name “Nyepi”. India has always displayed the spirit of unity in diversity. Indian Eagle has the Lowest Airfare guaranteed to persuade you to visit India at any time of the year.