Deepthi Narkuti from Hyderabad is flying high on her American Dreams as she has bagged a job with an annual salary of INR 2 crore from a tech giant in the United States. She will be working as a software development engineer at Microsoft’s headquarters in Seattle. Undeniably, America is a most-cherished land of opportunities for Indians even amid the ongoing travel restriction. 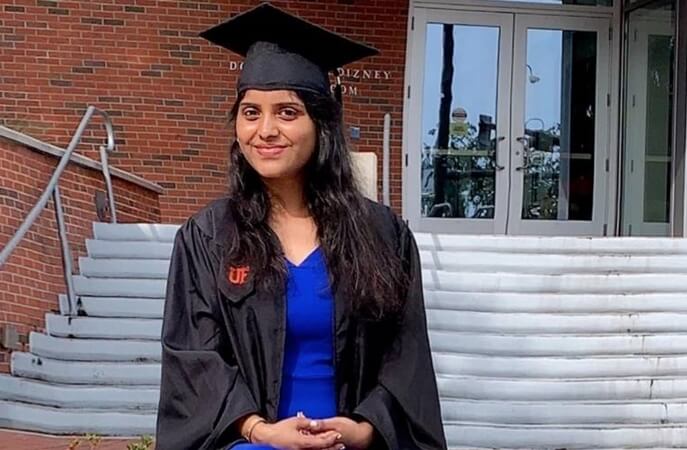 Daughter of a forensic expert in the Hyderabad Police Commissionerate, Deepthi Narkuti was offered the highest pay package during the campus interview at the University of Florida. Amazon and Goldman Sachs are the other conglomerates she received a lucrative job offer, at the same time. But she chose Microsoft as her career destination.

A graduate from the Osmania College of Engineering in Hyderabad, she worked as a software engineer at JP Morgan prior to taking a break for higher studies abroad. She pursued MS successfully at the University of Florida, a leading public university in the US. She is one of the 300 candidates who landed high-paying job offers from American behemoths.

Deepthi Narkuti is all set to join the elite club of technology mavericks from Telangana, who are part of the formidable tech force in the United States. Notably, Satya Narayana Nadella, the CEO of Microsoft; and Shantanu Narayen, the CEO of Adobe Inc. are also from Hyderabad. The Telugu-speaking diaspora wished Deepthi dizzying heights of success achieved by many Telugu Americans, including Nina Davuluri, Miss America 2014; Kris Kolluri, New Jersey Commissioner of transportation; Arvind Krishna, the CEO of IBM; Neeli Bendapudi, the 18th President of the University of Louisville; Yellepeddi Padmasree, former CTO of Cisco; and Raj Reddy, founder of the Robotics Institute at Carnegie Mellon University.

Also Read: This Indian techie quit Microsoft job in USA for her passion

India’s Telugu states – Telangana and Andhra Pradesh – send the highest number of students to America every year, according to the US Consul General Hyderabad. One in every four Telugu-speaking families has a member studying or working in the US. A majority of nearly 2 lakh students who were studying in the US before the pandemic are from Andhra Pradesh and Telangana.

Some US immigration experts opined that Microsoft’s big-fat job offer to the Hyderabad girl is a glaring statement on why Indian talent is required to fill in for American workers in STEM.